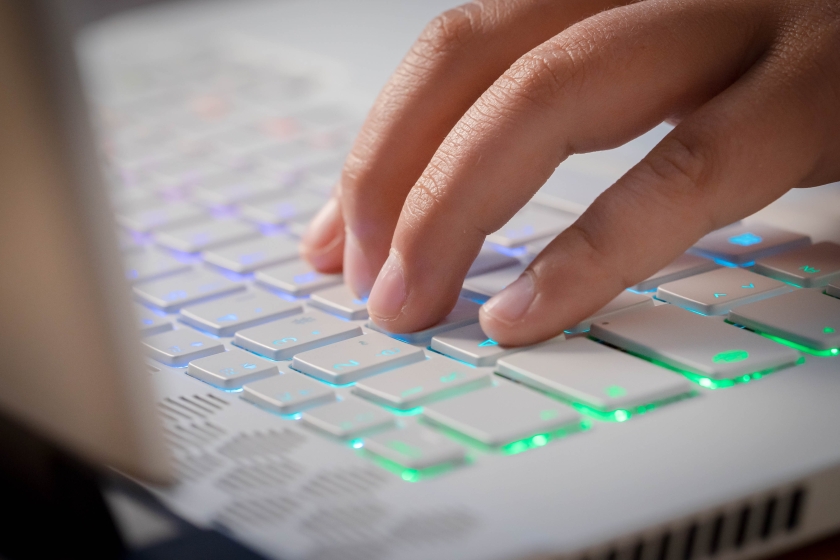 Andy Weir (born in 1972) is the bestselling author of The Martian and Artemis.

Here are four of his fantastic quotes about writing!

1. My first book was so horrible I have deleted all copies of it. Thankfully, it was before the Internet, so there are no lurking caches of it anywhere.

Many writers have the hope that their first novel will be the one that makes all their publishing dreams come true, but sadly, such is not often the case. Usually that first novel’s entire purpose is to prove to you, the writer, that you can finish a novel. It proves that you can write a select amount of words day after day and eventually reach those two beautiful words: THE END.

That first novel is usually a way to train yourself in what not to do, as it was for me. At the time I thought my first book was pretty great, but looking back on it now ten years later, all I can do is cringe. Violently cringe, I’m telling you. The sentences are awkward. The pacing is off. Parts of the plot make no sense. But you know what? That’s okay. It was an extremely valuable learning experience, as all first novels are. And it’s okay to admit that, as Andy Weir does. The world didn’t need his first novel, but he needed to write it so that he could improve in his craft and eventually deliver us the incredible page-turner that is The Martian.

2. I originally wrote The Martian as a free serial novel, posting one chapter at a time to my website.

Sometimes we forget about all the different ways we can release our writing to the masses. So many of us get stuck in a tiny box that says the only way to get our books out there is to query literary agents and hope one of them takes a chance on us. Yes, this is the standard thing to do if you want your newest novel to be published with the Big Six, but if you believe in your latest project and nobody else does, you can publish it in all sorts of ways. There’s self-publishing, of course, where you take total control of your career and release your books your way and on your terms. This has been a successful option for many authors over the years.

Something else I’ve read authors do is release their novel chapter by chapter or section by section in various ways that are free or super cheap. Hugh Howey, for example, self-published the first part of his science fiction series Silo on Amazon and watched as the self-contained story took off in such a way that he was compelled to write further installments. And then Andy Weir apparently posted chapters of The Martian on his website for free. Did doing that hurt him? Of course not! The popularity of his work grew to such an extent that he was able to eventually get a book deal and watch his book become an Oscar-nominated film.

So don’t think you only have to go the traditional route every time. Especially when you have lots of manuscripts, feel free to experiment here and there with new publishing models… and then see what happens!

3. If the reader is rooting for the protagonist, they’ll forgive you just about everything else.

This is so true. You can have a compelling story that grips the reader from page one, but eventually you need to have the reader intensely rooting for your protagonist, or you might be in trouble. If the reader doesn’t care too much about the main character, all the bells and whistles you throw into the story won’t really matter. And the reader might some point put your book down and crack open a book by somebody else.

One of the best things about having the reader root for your protagonist from beginning to end? They’ll forgive you for little problems (or even some big problems) that happen in the manuscript along the way. They’ll forgive the occasional typo. They’ll glaze past a scene that confuses them. They’ll skim past two block paragraphs of directions. They’ll get over a plot point halfway through the novel that might be a little bit forced. Few novels are perfect, and yours probably won’t be either. But if you give the reader an awesome protagonist to root for, they’ll be able to look past lots of problems and inconsistencies every time.

You can spend months and months daydreaming about your latest story or novel, like I often do. Sometimes I’ll spend a year or longer thinking about my newest novel idea and the main characters and the theme and what happens at the beginning and ending. I’ll think deeply about all these elements for the longest time and not even think about putting a word down before I have a clear idea of what I want to do.

But yes, Andy Weir is right: at some point you need to write the story. What’s in your head is a jumble of ideas, but it’s not the story. It’s an essential part of storytelling, but it’s not the story, because you haven’t written anything down yet. I know that blank page can be scary. It’s still scary for me after all my years of writing novels and short stories. But nobody will ever be witness to that marvelous tale you’re cooking up in your head until you put the words down.

So daydream about your story to your heart’s content, figure out as much of your latest narrative that you can, get incredibly excited about what you might be able to do with it — and then start writing.

PS Ready to be inspired? My newest craft book From Douglas Adams to Markus Zusak: Quotes by 100 Amazing Authors to Inspire Your Writing is now available on Amazon!