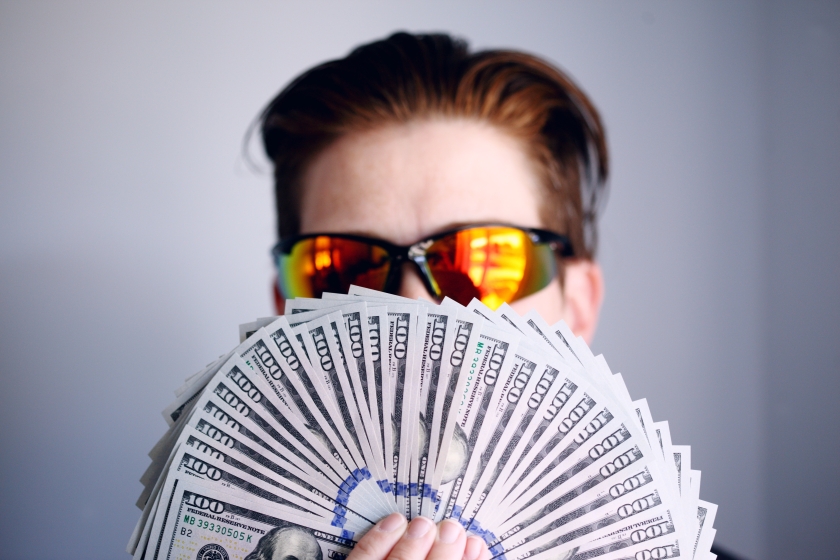 James Patterson (born in 1947) is America’s most successful author, worth an estimated 560 million dollars.

Here are a few of his quotes about the writing life to inspire you.

1. It seemed to me that I could write commercial fiction. I wasn’t sure whether I could, or whether I wanted to write serious fiction at that point. So I said, ‘Let me try something else,’ and I wrote a mystery — but I didn’t know much about it.

There’s always that moment in a new writer’s life when it’s time to decide if you want to write serious fiction or commercial fiction. You want to stand out, you want people to take you seriously. So many new writers choose to go the serious route. The problem with that of course is that you’re not very good in the beginning (unless you’re some kind of genius), and so that serious fiction you’re attempting is typically crap. And there’s truly nothing worse to read than deadly serious and truly terrible literary fiction.

So many writers who feel they don’t have the talent and craftsmanship to pull off serious work turn to commercial books, which typically have super short, punchy sentences and lots dialogue and plenty of white space. There’s nothing wrong with this kind of fiction writing. In fact, as Patterson has shown for decades, many people prefer reading that kind of fiction. They’re busy and stressed and they just want an escape, and so commercial fiction is what they’ll often turn to rather than serious fiction.

What I tell writers is that you should write the kind of books you love, and then give them everything you’ve got. You don’t want to be lazy about your writing. You don’t want to write terribly just because you’re writing a mystery or a romance and so therefore you shouldn’t have to work as hard. Still bring all the skills you have as a writer. But write the thing you want to write every time, and the readers will follow.

2. I’m not a writer’s writer. I’m not a craftsman. I could be, and that would be a one-book-a-year operation.

Another thing about writing serious fiction and spending lots of time and energy dedicated to perfecting every last sentence in your latest manuscript? You won’t be able to produce as many stories and novels, it’s a fact. If you want to be a really, really good writer, there’s no way you can rush through the process and pump out three books a year. (Or a dozen or more, in the case of Patterson.)

And then on the other hand, if you want to be more successful and produce lots more books — because really, to be successful these days, especially if you’re on the self-publishing track, it’s essential you be prolific — you’re going to need to sacrifice some quality for the sake of mass output. And as long as your readers love your work and download everything you put into the world and the royalty checks keep on coming, you’ll probably be just fine.

Sure, there’s the occasional author like Donna Tartt who can publish one book a decade and still be a huge sensation. But if you want to make lots of money from your fiction writing, you have to learn to write every single day and write more words a day and keep producing, producing, producing.

3. I’m a very good storyteller; I have a lot of compassion for people. That’s very useful for a novelist. A lot of novelists are snots. They’re just mean people. I’m not a terribly skilled stylist, nor do I want to be. I want a lot of people to read one of my stories and go, ‘That was pretty cool.’

Again, most readers are just looking for a good story. They’ve had a hard day, and when they get in bed at night, they want the author to transport them somewhere else for a bit. Many of them don’t want lots of style. They don’t want fancy similes and metaphors filling up giant block paragraphs. They just want to be told a compelling story, and there’s nothing wrong with giving that to your readers.

Because what matters most in the end is if your readers liked the novel or not. Did it speak to them in some way? Did they enjoy the characters and the surprise twists? And here’s a big one — did they make it to the end? So many readers will give up a on a novel where every page is filled to the brim with beautiful language. Where the language itself is the star and not the story.

What’s most important in my mind is to write books that readers engage with all the way to the last page. If they’re committed to the end, and they react to your latest book with something like, “That was pretty cool,” then you not only succeeded as a writer; you’ve hooked that reader in for life.

4. In my office in Florida I have, I think, 30 manuscript piles around the room. Some are screenplays or comic books or graphic novels. Some are almost done. Some I’m rewriting. If I’m working with a co-writer, they’ll usually write the first draft. And then I write subsequent drafts.

OK, truth time — I’ve always been a bit baffled at exactly how Patterson is able to put out so many books a year. I don’t know the exact number, but isn’t it something like one book a month? And with each passing year it seems he dips his toes into every genre and age market. He’s most known for his adult mystery novels, but his name has been plastered on the cover of middle grade comic novels, westerns, romances. I even saw his name on a Christmas book once. I mean, this guy’s name can sell anything. Because readers have had good times with his books before and know his newest will probably give them some happiness, too.

And so at some point Patterson realized the way to make lots of money — like, hundreds of millions of dollars — was to hire other talented writers, have them write the first drafts of manuscripts that are similar in style to the books he used to write on his own, and then write subsequent drafts of the books himself that they’ve already penned. Revising can be hard, but it’s a whole lot easier than writing the first draft of something.

Of course you’re probably far off from having a small factory of writers giving you new novels to revise, but one thing you can take away from this quote is the need to have lots of different projects at any given time. I’m always writing one thing and revising another. Sometimes I have three or four projects happening at the same time, and I like that way of working. If you want to be successful, you should learn to love it, too. It helps keep you on track and propel your productivity to a high level every single day.

5. I guess I write four or five hours a day, but I do it seven days a week. It’s very disciplined, yes, but it’s joy for me.

Something I love to learn is how often the top bestselling authors write. Stephen King writes until he reaches 2,000 words a day, so on good days he might be done by 10am or 11am and have the rest of his day to do whatever. Dean Koontz writes like it’s a true day job, going eight hours or more every day and not necessarily paying attention to his word count.

With all the novels he produces in a given year, it seemed obvious that Patterson writes seven days a week, but in some ways four to five hours still doesn’t seem like enough considering how many books of his come out every year! If I’m having a really good writing day, I can write 2,000 words in two hours, and then, sure, maybe 4,000 words in four hours. But when you think about the writing process and revising and editing and promotion and everything that’s expected of him, four to five hours a day, even if all he’s doing during that time is revise and edit, still doesn’t seem like enough considering the near constant output under his name.

What you need to understand, though, is that four to five hours of writing a day seven days a week is a lot for pretty much anyone else. Writing that much might burn you out rather quickly, even if you do love to write. I can write non-stop for about three hours before I burn out and need a break. It might be less for you. The trick is to find time every day to write. Even one hour of writing a day seven days a week will amount to tons of words in a given year, and if you want to be successful, writing more will always win in the end.

6. I have a folder in my office with about 400 ideas in it. So it will take me another 40 years to get through those.

Can you even imagine? A folder with 400 story ideas. I always feel good when I have five good ideas for a story or a novel at any given time, and usually it’s a lot less than that. There was a period recently for a couple months where I had no good ideas for anything. I was revising my latest novel and thinking about potentially writing another one in the months down the road… but there was nothing. Not even the slightest hint of an awesome idea. And I started to panic a little bit. (Thankfully one came eventually. I find they always do eventually.)

Maybe it’s a smart thing to have a folder somewhere in your office or possibly an IDEAS document saved on your computer where you just plug in anything that comes to mind and then pull from it when you want to. My problem with that is my long-held belief that the best ideas stick with you. The bad ones usually drift away, never to return, and the good ones stay inside your brain almost to an obnoxious extent, where you need to write that story down at some point to keep from going insane. But it’s still helpful to have your ideas written down. Because sometimes a tiny nugget you’ve long forgotten will suddenly pop out at you again and possibly even inspire something radically different you hadn’t thought about before.

You don’t need a folder with 400 story ideas, but it is worth your time, especially if you want to produce a lot of novels like Patterson, to have a journal or a document on your computer where you write down good ideas when they come to you. It all starts with an idea, never forget that, and if you have lots of them, there’s no telling how much fiction you’ll be able to produce in the years to come. None of us is ever going to be as successful as James Patterson… but we can at least make a go of it!

Are you ready to write your novel this year? I’m excited to announce my new book, Write Your Novel Now! 100 Tips & Strategies to Help You Draft, Revise, and Publish Your Book, now available on Amazon for just $3.49!