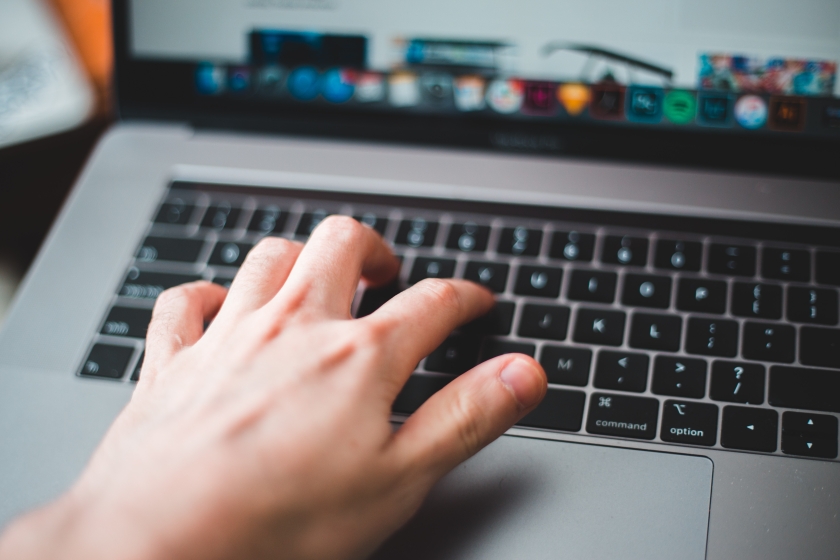 There’s a lot you need to keep in mind when you’re editing your work.

You want to make sure your writing flows, that the pacing is strong, that your paragraphs and sentences make perfect sense for the reader.

Your storytelling and your characters come first, always, but once your work is at a level you’re happy with, it’s important to take a few more passes at your manuscript to make it even just a little bit better.

Changing or deleting specific words and phrases will improve your writing tremendously. You know what else will help, too? Adding variety to the words you use often.

I just finished one last draft of my newest short story, and part of the editing work I did was locate specific words I use often in my writing and give them some variety so I wasn’t ever using the same kind of word over and over from the first page to the last.

What are those words I use often, and that you might use often, too? Let’s discuss…

Here’s a word I use more than almost any other. All right, maybe not more than “the” and “a” and “it,” but you know what I’m saying. My characters look at each other so much of the time. They’re always looking. And in some ways this is a word I’ve come to despise because I see it so often in my work.

There are two strategies I take when it comes to the word “look.” I first search for the word from the beginning of my manuscript to the end and see if there’s any uses of it I can delete completely. Often half or more I can cut.

But sometimes you need to explain to the reader what the character is looking at, so it needs to stay. But this doesn’t mean you only have to use “look” every time. Try some of these alternatives as well…

And then occasionally I’ll use something like “darted his eyes” or “narrowed her eyes” or “averted her gaze,” but these always sound awkward to me so I allow myself exactly one use of each in anything I write and no more.

Here’s a word I can never get enough of. If I can get through an entire chapter in one of my novels without a single use of this word, I feel like a champion. It’s the easy go-to word to break up dialogue or show that a character is feeling something.

Are there other words you can use for “sigh?” Sure, there are. First, you can rephrase the word so instead of saying “he sighed,” you can say “he released a loud, angry sigh,” just to give it more detail. But even that isn’t great.

Sometimes I’ll use these alternatives, too…

I actually didn’t realize how often I had my characters sighing until I searched for the word, and I was mortified. So mix this one up as much as you can.

It’s hard to admit how often I have my characters smiling, but if they’re not sighing at something or looking at somebody, they’re most definitely smiling. It’s an easy word to use to show that your character is happy about something. You have your character smile, and the reader understands how they’re feeling.

You want to mix it up, so here are some other words you can use at times…

Like with all of these words, you want to keep “smile” to a minimum if you can. Instead of choosing the easy way by including this basic word, show why your character is happy through other details and descriptions whenever possible.

Something else my characters do all the time? They’re turning! He turns around here and she turns toward something there, and there’s just so much turning. Why can’t my characters just face forward for once?

The thing is that throughout your story you’re going to have characters occasionally turning toward things, there’s no way around it. The question then becomes, do you have to use the word “turn” every single time?

Of course not. There are other words that add variety, like these…

Just keep in mind that you shouldn’t only use “turn” over and over again. Some readers might not catch all your uses, but others will.

Here’s the final big one. The dreaded word, “walk.” Your characters are often coming and going, right? So how else are they usually moving but walking?

Of the five words I’ve gone into, this is the one with the most variety. Let’s discuss a few of them…

On and on and on… you see what I mean. There are ten or more examples I didn’t even go into, so, yes, there are lots of ways to say a character walked from place to place.

Although you shouldn’t use a new alternative every time, there’s simply no excuse to only use “walk” all throughout your manuscript.

Add variety to common words in your writing, and your work will improve every single time.

Again, I know it doesn’t sound like that big of a deal if you have one too many uses of “look” or “sigh” or “smile” in your writing. If a reader catches two examples of “turn” or “walk” on a single page, that person will probably not even notice, and if they do, they probably won’t care.

But it absolutely makes you stand out from the crowd if you pay close attention to small details like these and make the effort to take your writing from a nine to a ten, always.

You want to be published, right? You want to find success. Add some variety to the words you include in your writing, and you’ll be well on your way!

Want to start making some money from your writing?

Check out my new book How to Find Success on Medium.com: 100 Tips & Strategies to Make a Profit with Your Writing, now available on Amazon!