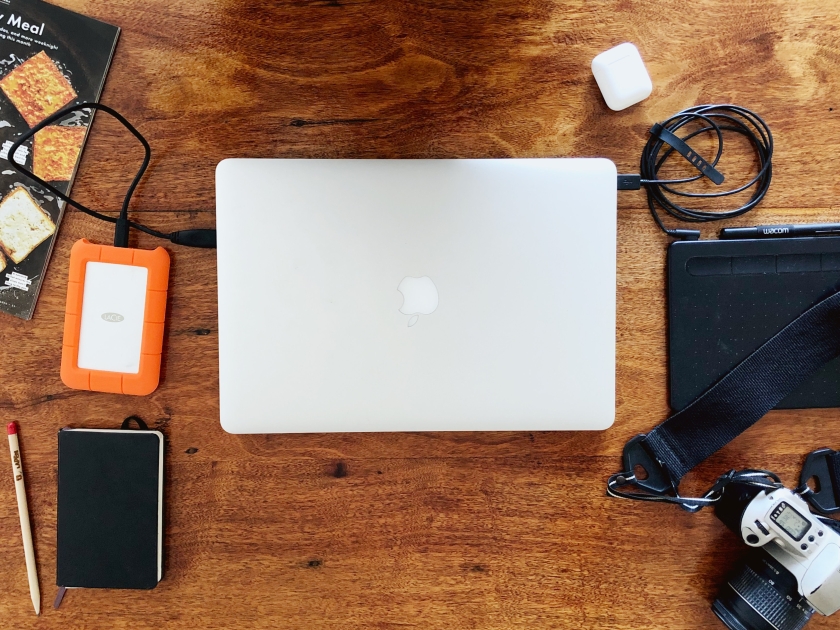 George R.R. Martin (born in 1948) is the world famous author of A Song of Fire and Ice.

Here are five of his wonderful quotes to inspire your writing!

George R.R. Martin definitely brings up an important point about the writing life: a lot of life is going by in front of you as you spend days and months and years spent inside dark rooms creating your stories. This is the only way to do it, really. You can’t live your life 99% of the time and then focus on your writing just 1% of the time. You’re going to have to sacrifice some of that real life of yours and spend it with the characters of your latest story if you want to find success in your writing endeavors.

But, you know, there’s such a rush in writing that you probably won’t feel you’ve missed out on too much. Sure, it’s important that you step away from the writing desk from time to time to live a little and be with family and friends, but writing can be so exhilarating that losing yourself in a world of your own creation is often a wonderful way to spend your time. You’ll often be happier in the long run, and you’ll produce some tremendous art in the process.

2. With a book I am the writer and I am also the director and I’m all of the actors and I’m the special effects guy and the lighting technician: I’m all of that. So if it’s good or bad, it’s all up to me.

I complete understand where he’s coming from here since I’ve made films and written books. One short film I made in college had a crew of about twenty people, and the success of that particular piece was due to the hard work of so many individuals, not just myself. Any major theatrical film you see? There are literally hundreds of people working on it, from the casting to the filming to the editing to the sound and music. You see that “A Film By” credit all the time, but seriously —a film is made by way more individuals than the director.

A novel is different. You really are the writer and director and editor. You’re the star, and if the book doesn’t work at the end of the day, there’s not anyone else to blame but yourself. Sure, everybody should get help with their writing. You should get beta readers along the way, and later in the process, if you’ve had some luck and success, you’ll have a literary agent and an editor go through your manuscript and help you make it better. But the final decisions you make about your manuscript? That’s on you.

3. One of the big breakthroughs, I think for me, was reading Robert A. Heinlein’s four rules of writing, one of which was, ‘You must finish what you write.’ I never had any problem with the first one, ‘You must write’ — I was writing since I was a kid. But I never finished what writing.

I truly believe that the difference between an amateur writer and a real writer is the ability to finish things. If you’re serious about writing, you need to finish everything you start. That goes for poems and short stories, and yes, it absolutely goes for novels. Now, if on occasion you begin a novel that in the days to come you just know in your gut isn’t working and will never work, that’s one thing. Many award-winning talented writers have abandoned novels before, including Stephen King, including Michael Chabon. I’d bet even George R.R. Martin himself has abandoned something major in his long writing career (let’s hope it’s not those final two A Song of Fire and Ice books!).

The problem begins when you start abandoning everything. You start one new writing project after another, but you never finish anything because halfway through every project you suddenly get an amazing idea for something else, and so you immediately flock to that. Again, I understand this. That happens to me on almost every novel I write. I’ll be sixty pages into the first draft when another idea, a better idea, hits me from every angle, and I want to go after it.

You need to push against that tendency. You need to treat that other shiny idea as something else, as something you can pursue in the months down the road after you’ve finished what you’re working on now.

4. Start with short stories. After all, if you were taking up rock climbing, you wouldn’t start with Mount Everest. So if you’re starting fantasy, don’t start with a nine-book series.

What an excellent point this is! In some ways I feel I started writing novels too early. I wrote three short stories in 2009 and one more in early 2010, and then, boom, I thought I was ready to write a novel. Looking back I think continuing with short stories for another year or longer would have helped me tremendously when I later attempted my novels. Sure, you might not have a chance at financial success from writing short fiction, but writing short stories absolutely helps you find your voice, which is super important.

Write short stories to learn how to create a schedule for yourself and set deadlines. Try to write a short story in two weeks, 500 words a day. Then try to write a short story in one week, 1,000 words a day. Learn what it takes to write a lot of words in a short amount of time. Send out your work and try to get published in literary magazines. See what writing of yours is working well and what isn’t. Read a lot. Study a lot. And keep thinking of ideas that would make for great novels. Prepare yourself with the writing of short stories, and you’ll have more success with novels later!

5. When I’m writing from a character’s viewpoint, in essence I become that character; I share their thoughts, I see the world through their eyes and try to feel everything they feel.

This is essential in all kinds of stories you write, but it’s especially important when you write a story or a novel in the first person of your protagonist. You have to remember in this form of writing that you are not the main character. Your own voice can come through in some ways at times, but that character on the page is someone else, and their voice needs to be front and center.

All of these questions need to be taken into account as you write your character and become that character, and that also goes for third person, too. Even in third person, you don’t want to just be this God-like figure commenting on everything and everyone from your own perspective and not your main character’s perspective. The sooner you see the world through their eyes and feel everything they feel, the stronger your work will become, I guarantee it!

If you’re looking for a little escapism this weekend, my YA novel Happy Birthday to Me and its sequel are currently FREE on Amazon. Click here to download your free copies!