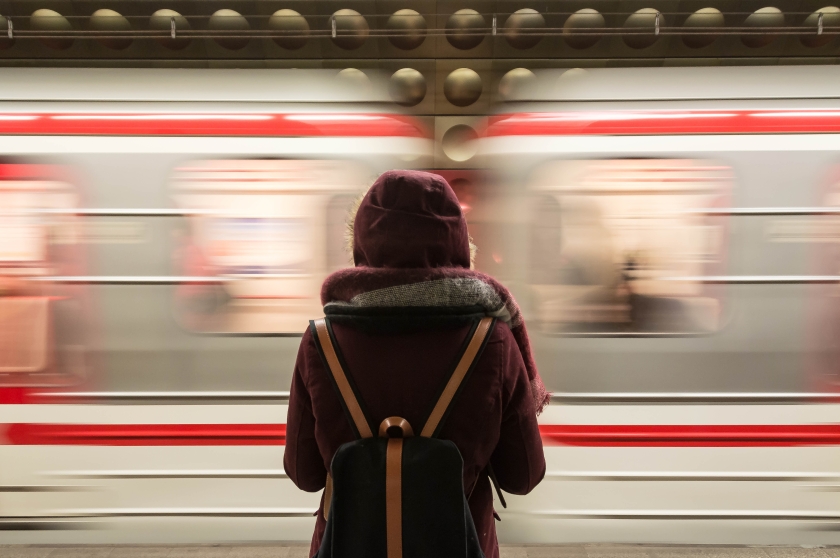 Patricia Highsmith (1921–1995) was the acclaimed author of such psychological thrillers as Strangers on a Train and The Talented Mr. Ripley. She also published the first lesbian novel with a happy ending, The Price of Salt, which was adapted into the 2015 film, Carol.

Here are six insightful quotes about writing Ms. Highsmith shared with us throughout the years!

1. My imagination functions much better when I don’t have to speak to people.

There’s something to be said about not isolating yourself too much as a writer. If you never spend time with friends and family, if you stay by yourself all the time, ultimately you might become emotionally and physically unhealthy, and your work might even suffer because of those unhealthy habits.

But when it comes to coming up with new ideas for stories and letting your mind wander free, I absolutely do agree with Patricia Highsmith that your imagination functions better when you’re by yourself and not speaking to other people. When you turn off the screen in front of you, and turn off all the music, and just sit in boring silence, that’s when the imagination gets cooking every single time.

Most writers do what we do because we don’t really like speaking to people. I know I prefer to be myself most of the time, and writing is so great because it allows me, in a sense, to speak to people, to offer my thoughts and ideas, safely behind a keyboard without having to ever open my mouth.

2. I can’t write if someone else is in the house, not even the cleaning woman.

Every writer likes to write in different ways. I know writers who actually do their best writing in coffeehouses and cafeterias and libraries, when they’re around lots of people talking. I’ve certainly written like this before. When I first started writing novels I often would do some of my work at a coffeehouse down the street. There’s an exhilaration to writing as people talk around you.

But as the years went on, I discovered that my work improved especially on the language level when I wrote in silence, by myself, with nobody else around. Anyone can bang out a bunch of words, but it takes concentration to write something with skill and precision. To write a first draft that’s not a complete mess from beginning to end but instead fairly clean, with solid pacing and a strong structure throughout.

Highsmith couldn’t write in her house if anyone else was around, including the cleaning woman. She needed total isolation to get the work done, and to make the work great. I can absolutely write at home if my partner is around, but I do need to have my office door closed, and I need it to be quiet. If he’s watching TV down the hall, for example, I’m going to struggle.

Find what works for you, and stick to it. Whatever helps get your words down on the page every day, embrace it!

If there’s something that can easily kill your concentration and your motivation, it’s… well, your phone. When you’re trying to write, keep the damn phone out of the room if at all possible. Even if you tell yourself you won’t look at it, the screen will light up, you’ll get a text, a notification will appear, and you will look at your phone, don’t tell me you won’t. Writing is hard. It’s always hard. And having a distraction like that will take you out of the world of your story.

If Highsmith didn’t have a television, I’m pretty confident she wouldn’t have had an iPhone either. She probably would have had a flip phone reluctantly and stored it some place in her house where she could check it once a week or something.

I can’t imagine not having a television. I’m a total TV and movie buff. I love winding down after a successful writing session by watching something with lunch or a snack. I actually feel it’s necessary to watch television at times to get inspiration for your own writing.

But whether it’s your phone or the TV, you don’t want to be distracted while you’re doing the actual writing. Don’t have the television set blasting in the background as you try to write. You’re going to glance at it way too often, and the words that you manage to put on the page will suffer. Save TV for later. Save TV for after you’ve finished a really great writing session.

4. That wasn’t a bad price for a first book. My agent upped it as much as possible. I was 27 and had nothing behind me. I was working like a fool to earn a living and pay for my apartment.

She’s clearly talking about her wonderful debut novel Strangers on a Train here, and it’s kind of amazing to believe she was only twenty-seven when that book sold. She had a marvelous career in writing thrillers, and what a great one to start with, wow!

What she says here strikes me because isn’t it true that many of us will take any publishing deal if one is presented to us? We all dream of making millions, but in reality many of us will be lucky to get twenty or thirty thousand for our first advance. Some of us might even get an offer that’s way lower than that, and we have to prepared for it.

What’s important to remember is that you keep writing your best work day after day, and then leave things like negotiation and advances to your literary agent. See what they can get for your book if an editor at a publishing house shows interest in it. You can reject the offer if you feel it’s not good enough, and you can also take a low offer if you think that editor will turn your book into something special. It’s totally up to you in the long run.

Highsmith is one of the few authors to have her work adapted for the screen by the legendary Alfred Hitchcock, and her debut novel at that, holy cow! Strangers on a Train is one of my favorite Hitchcock movies, a delightful thriller with terrific performances and almost non-stop suspense, and you might think Highsmith was completely taken with the process of filmmaking. Nope — she preferred to stick to writing while other people made their movies, simple as that.

Few of us will ever have the opportunity to see our writing adapted to film or television. But if you’re ever in that unique position, something you need to remember, the same way Highsmith did, is that film and novels are two separate mediums. They have different audiences, different goals. If you have no say in the film or TV version of your work, you have to keep your head down and remember that the filmmakers are going to do their own thing whether or not you agree with it.

6. I like to work for four or five hours a day. I aim for seven days a week.

If you want to be a successful writer, it’s important to remember you need to treat writing like a job, or at least like a part-time job. You can’t work on your manuscript one day a week for an hour or two and expect to get anywhere. Sure, if you’re really patient, maybe after a year or two you’ll find some progress on your project, but the problem with writing infrequently is that many writers eventually give up.

What helps immensely is devising a schedule for yourself and then sticking to it always. What helps is finding a few hours each day you can devote to your writing and stick to it five days a week, if not six or seven. Highsmith aimed to write for four to five hours a day. That’s something we should all strive for, but of course few of us can ever give four or more hours to writing in a given day. We have our jobs, our families, our lives. Sometimes we’re lucky to get one hour, maybe two.

So I never really pay attention to the time I give to my writing every day. I set a goal for the words I want to reach, or the chapters I want to revise, or the essay I want to finish, whatever, and take as long as I need until I reach that goal. I’ve had great writing days that lasted forty-five minutes. Where I accomplished a lot. I’ve also had writing days where I stared in agony at a blank screen for five and a half hours, managing only a few hundred words.

Whatever you do, aim to write at least one hour a day if you can, and try for at least five days a week. Sometimes I’ll write seven days a week for a few months. Other months I’ll take the weekends off from writing. I won’t even look at a computer screen on Saturdays and Sundays. It kind of depends.

As long as you put your butt in the chair five days a week and do a little bit of writing on each of those days, you’ll get to where you want to be eventually!

Click here to find out about my Editorial Services.