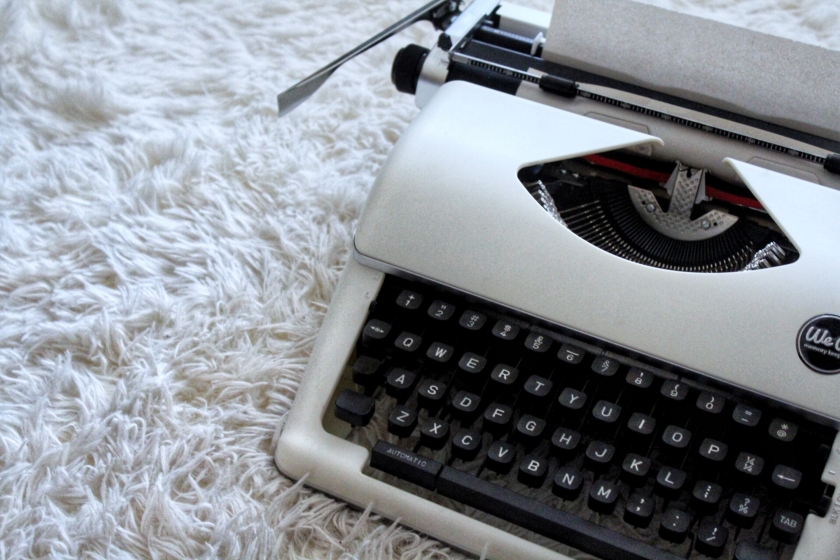 William Faulkner (1897–1962) was the Pulitzer Prize-winning author of such classic novels as The Sound of the Fury, As I Lay Dying, and Light in August.

Here are seven of his wonderful quotes to inspire your writing!

1. There is no mechanical way to get the writing done, no shortcut. The young writer would be a fool to follow a theory. Teach yourself by your own mistakes; people learn only by error.

This is the sad and beautiful truth about writing. Sad because it’s true: you can’t just learn the mechanical way to get the writing done and then produce incredible work. You can’t only master the skills of how to write, and then be able to do it well for the rest of time.

It’s also the beautiful truth about writing because it’s such a mysterious process to every one of us. If writing well only meant learning the mechanics, then writing would be a boring business. Most people would succeed. Anybody with determination could just sit down and do great work.

It’s not that easy. You need to master the mechanics to become a good writer, yes, but you also need to live your life, and absorb the world around you, and spill your heart out on paper. And, of course, write, write, write. And then write some more.

2. Don’t be ‘a writer’ but instead be writing. Being ‘a writer’ means being stagnant. The act of writing shows movement, activity, life. When you stop moving, you’re dead. It’s never too soon to start writing, as soon as you learn to read.

There’s nothing that makes you less of a writer than constantly telling people you’re a writer but never actually doing much writing. The truth of the matter is that if you want to be a writer, you must be writing, every day if at all possible. It doesn’t have to be your 9–5 job, and for most of us, it simply can’t be. But finding even just one hour each day to sit down and write, now that makes you a writer.

Talking about writing with your writer friends is necessary sometimes, I’m not saying you should never do it. Sometimes you need to kick back and talk to someone about what you’re working on. That can actually be a super pleasurable activity.

But remember, you get better every day by writing more and more. If being a writer is the goal, then be writing constantly. And if you’re in this for the long haul, amazing things can happen!

3. Keep it amateur. You’re not writing for money but for pleasure. It should be fun. And it should be exciting. Maybe not as you write, but after it’s done you should feel an excitement, a passion. That doesn’t mean feeling proud, sitting there gloating over what you’ve done. It means you know you’ve done your best. Next time it’s going to be better.

This is one of my favorite William Faulkner quotes for sure. There’s so much to take away from it. So much truth in it.

First of all, he’s absolutely right that we should be writing for pleasure, not for money. Yes, we can all wish and hope to make money from our writing, and that should always be an aspect of the process, but the problem is that when you sit down every day to write for money, your work will suffer, and readers will see that.

Instead, what you want writers to see is the passion you have for writing. It will always come through. As long as you have the mechanics down, and have put your heart into what you’re composing, readers, I’m telling you will see that.

Second, I love that he says writing should be exciting not necessarily as you write, but after it’s done. I definitely feel like this more and more every year, especially when it comes to my fiction writing. Fiction writing is hard. I’m often not necessarily excited during the process of writing the next 2,000 words of my latest novel, but I’m certainly excited about the work once it’s completed.

And another source of excitement, absolutely? I always love it when I feel I’ve done the best I can with my latest project, but know deep down next time it’s going to be better. That the next novel will be better than the last one. If the next writing project won’t be as strong as the last one, then what’s the point? You always want to be getting better and better.

4. I did not develop [my style]. I think style is one of the tools of the craft, and I think anyone that spends too much of his time about his style, developing a style, or following a style, probably hasn’t got much to say and knows it and is afraid of it, and so he writes a style, a marvelous trove.

I’ve written twenty novels in less than ten years now, and something I put pretty much no emphasis on or think about in any great capacity is the style of my writing. My problem with style is that it seems like something that dresses up the story you’re telling, when in the long run you should always be focused on telling the story itself, plain and simple.

Now when you’re just starting out, yes, you should absolutely try different styles of authors you admire and see if anything sticks, see if anything helps you get the story started, and, more importantly, finished.

But I think readers will pretty quickly sniff out style over substance. If the story you’re telling doesn’t work, or doesn’t hold much interest, and you’re trying to make it more important or more powerful than it is through the style you’ve chosen, then your readers might bail.

I personally have no interest in style over substance in a short story or a novel. I have no time for it. What I’m always looking for is great characters and a great story. Always make that your priority. Sure, style can enhance an already great piece of writing, but don’t let it be the primary factor.

5. The only rule I have is to quit while it’s still hot. Never write yourself out. Always quit when it’s going good. Then it’s easier to take it up again. If you exhaust yourself, then you’ll get into a dead spell, and you have trouble with it. It’s — what’s the saying — leave them while you’re looking good.

If you take no other advice from this article, please take this with you: one of the best things you can do as a writer is stop writing when it gets really, really good. I know this advice might seem counterintuitive. You might think if the writing’s going well, you should go another hour, another two hours, give it everything you have at that precise moment!

Sure, I guess if you’re writing a short story on a Saturday morning, and it’s going really well, and you won’t have any real time to sit down and write for a few days, and you just want to get that sucker done, then keep going, maybe.

But when it comes to longer projects, like a novel, you’re going to have more success when you stop writing when things are getting good, because that will make you want to sit down the next morning and write some more.

When I stop writing in the middle of a scene that’s working, I get excited to come back the next day to write. I’m in a good mood for hours. I know I won’t be sitting down the next day having no clue what to write next in the novel. I know exactly what I’m going to write, and I’m excited to do it!

If you can stay in that permanent state while working on a novel, you’ll not only get it done on time, but you’ll do quality work, which will work wonders for you in the long run.

Titles are a funny things. We writers obsess over them. We do everything we can to come up with something that’s memorable, that’s appropriate, that captures the story we told in the best way possible. Some titles come to us faster and easier than others.

Most of my titles I’d say usually come to me before I’ve even put a word of the latest short story or novel done. But sometimes the title is hard, and that’s certainly been the case for my MFA thesis novel. It’s been called three different things since 2017, and I’m still not satisfied with the latest title. Nothing seems to capture the story exactly, and not having the perfect title has certainly frustrated me, especially since it’s my passion project, having done twelve drafts of the thing in nearly three years.

But here’s the truth about titles: they don’t matter as much as you think they do. I mean, don’t give your story or novel a ridiculous title of 22 words that has little or nothing to do with the narrative. At the same time, it’s time wasted to spend too much time agonizing over the title. If your novel sells to a traditional publisher, it’s possible your title will be changed to something completely outside of your control.

Titles are important, but they’re not that important, remember that. And Faulkner is right that when in doubt, go with a title that’s short, not long.

7. You can always find time to write. Anybody who says he can’t is living under false pretenses. To that extent depend on inspiration. Don’t wait. When you have an inspiration put it down. Don’t wait until later and when you have more time and then try to recapture the mood and add flourishes. You can never recapture the mood with the vividness of its first impression.

I know it can be hard to have the kind of life where maybe, if you’re lucky, you can find a free hour in your day to write. But Faulkner is correct in that, no matter what, you can always find the time to write. Because the truth is that you can tons of work accomplished if you put in even a little bit of time every single day, seven days a week. I know of writers who have written their novels with just 10 minutes a day. Just 10 minutes a day! We all have 10 minutes to write. And most of us can find at least thirty minutes or more.

The truth is that you want to find that time every day to write because inspiration strikes at all times, and you don’t want to always wait until later when you might have more time. I had the inspiration for a short story in September, and I almost wrote it really fast that weekend, but I decided to wait until later.

It’s November now, and I still haven’t written it, and I’ve decided due to a crazy schedule the next few weeks to write it in the new year. I’m still excited to write it, sure, but the inspiration has sort of been lost. I’m not as passionate about the idea as I was in September. And while I hope I’m able to produce a great story in the new year, I’ll always wonder if the story might have been better if I had written it right when the inspiration hit me.

So just remember, inspiration or no inspiration, what will do wonders for your writing life is showing up every single day to do a little bit of work. Even just 10 minutes of writing a day will produce loads of content in the long run, and will bring lots of success in your long and prosperous writing life!