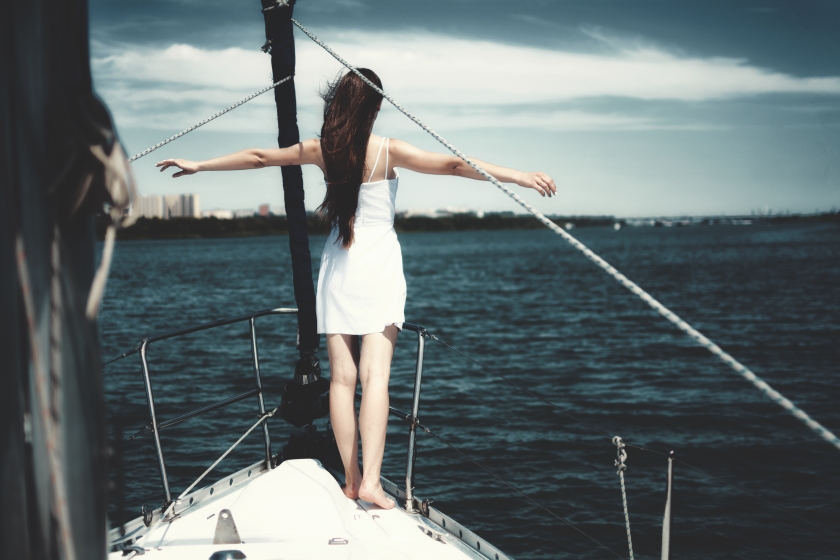 Oscar-winning filmmaker James Cameron (born in 1954) has given us some pretty incredible films, including Aliens, Titanic, and T2: Judgment Day.

Here are three quotes he has given us throughout the years that will help you with your writing!

1. Inspiration can hit you in the head at any time in any context. It could happen in a conversation. Talking to someone at a party, you can get an idea. But you’ve got to remember those inspirations.

But never forget one of the best things you can do for your writing is to live. What a concept, right? Go do something new every day, even if it’s the smallest thing. Talk to somebody you’ve never spoken to before, or haven’t spoken to in a long time. Maybe a small nugget of your conversation will serve as inspiration for your next story, you just never know! I went to a writer’s conference in Portland in March, and on my long walk to and from the MAX rail-line I had an encounter with a person that inspired a new story I just started sending out to literary magazines.

You never know where the inspiration might come from next. And when it happens, hold onto it as long as you can.

2. I feed on other people’s creativity, photographers, artists of every kind. Sometimes a feeling that you get listening to a song can be so powerful. I’ve wanted to write whole scripts around what I felt just listening to a piece of music. I think music is important, and surrounding your visual field with stimulating things.

I’ve written a lot about how creativity and inspiration can come from many places in your life, but I’ve rarely talked about the power of music and how hearing the right song at the right time might inspire a great idea or character for your next story. Sometimes something as simple as turning off your brain to the best of your ability and just listening to a few songs by an artist you adore can bring you to a place you haven’t thought of in years, that might give you a small window into a new story you might be able to take on.

Music is important in the life of any artist, and it’s especially important for writers. When I’m writing my latest story or novel, the music that I play in the background is essential to my success for the day. When I’m drafting, I want the music to bring me the right emotions for the story, and at the same time I never want the music to distract me from my current project.

And when I’m not writing? I love to listen to songs that put unique images into my head. Whether they’re images from my own past or new images I never could have thought of before, music is hugely helpful for all writers, especially when you’re on the search for that next amazing idea.

3. People call me a perfectionist, but I’m not. I’m a rightist. I do something until it’s right, and then I move on to the next thing.

Oh, yes, does James Cameron certainly have the notoriety of being a perfectionist! I’ve heard all sorts of stories throughout the years on pretty much every film he’s ever made. There’s a lot to be said when it comes to perfectionism in your fiction writing. One, you will never get your latest story or novel absolutely perfect. Don’t try to make it perfect. Just make it as good as you possibly can, and let the cards fall where they may.

Something that’s held me back for many years as a writer is that I don’t often take the necessary steps to make my latest manuscript as good as it can possibly be. I do a second draft, a third draft. Often five or more. But when my story is at an 8, and it could be a 10, I’ve often just drifted over to the next thing I want to start, the new shiny idea I’ve been tinkering with in my head the past few weeks. I don’t often enough see a project through to the end, when it’s as good as I can possibly make it.

If you’re going to spend six months or a year or a novel, for example, don’t stop two drafts early just because you’re tired of it, or because you want to work on something else. See every single project through to the end, and there’s no telling how much success you may be able to achieve!