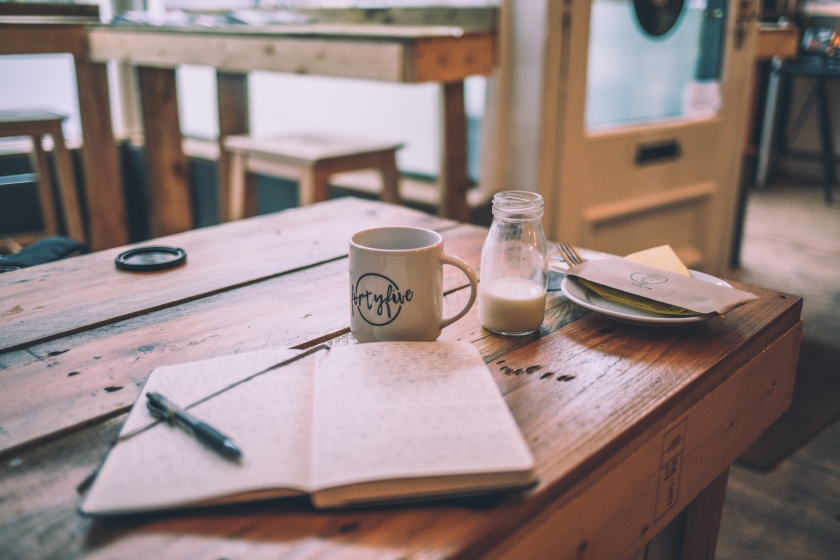 Truman Capote (1924–1984) was a celebrated writer of short stories, novels, non-fiction, plays, and screenplays. His classic works include In Cold Blood, The Glass Harp, and Breakfast at Tiffany’s, and his life was explored in two equally fascinating films, 2005’s Capote and 2006’s Infamous.

Here are five fantastic quotes he shared over the years that will help you with your writing!

1. To me, the greatest pleasure of writing is not what it’s about, but the inner music that words make.

When you’re a writer, especially of fiction, you come to believe often that story and character are everything. Each day you sit down at your desk and write a new scene from your work, whether it’s your latest short story or novel, and your focus is mostly on making the scene come to life through dialogue, description, action. You want the scene to make sense, and you want the scene to pop for anybody who reads it.

One thing that can get lost though, particularly in a longer work, is the beauty of language in your writing. The inner music that words can make. I do absolutely believe that in the best writing, not only is the story compelling, and not only do we connect to the characters, but the language is so striking and unusual and fascinating that the words can make the most lovely inner music. The struggle, of course, is balancing the story and characters with the language. Nobody cares if the language is beautiful if the story is a snore and the characters are one-dimensional. So you have to find that balance for each project you take on.

But don’t forget about what the language of your writing has the ability to do, especially when you revise.

2. I believe more in the scissors than I do in the pencil.

So do I, Mr. Capote! I’m a big, big fan of the scissors when it comes to my writing. Some writers struggle cutting anything from the latest draft of their manuscript. A beloved sentence or paragraph can stay for drafts at a time because the writer doesn’t want to part with it. What if an entire scene needs to go? What if a group of chapters ultimately need to go?

Believe more in the pencil than the scissors in your first draft. Write your first draft to the best of your ability without doing any cutting along the way, if you can help it. But eventually, once you’re deep into revisions, you need to believe more in the scissors than in the pencil. You want to trim the fat. You want to whittle the story down to a place where it’s at its most compelling, surprising, suspenseful.

Yes, you can always add more with the pencil later, but never put those scissors away. You’re going to need them all throughout the process following that first draft.

3. No one will ever know what ‘In Cold Blood’ took out of me. It scraped me right down to the marrow of my bones. It nearly killed me. I think, in a way, it did kill me.

Many know the story of Truman Capote’s years-long journey writing the classic work, In Cold Blood. That book is such a tragic and heart-wrenching work of art, told beautifully by Capote. Two terrific films have been made about the process of bringing it to life. It did take a lot of Capote with him, and I think he’s right that this one kind of killed him in a way. He wrote a little bit after In Cold Blood but nothing that came close to the success of what he had written before.

I think one thing any writer can learn from this experience Truman Capote went through is that there is such a thing as obsessing over one particular writing project for too damn long. There is something to be said about eventually letting go and moving onto something else. In Cold Blood wouldn’t be the classic it is, sure, if Capote hadn’t completely devoted himself to it for as many years as he did. But that experience he went through might of robbed us of other great works he might have gone on to write.

When you begin a new project, give yourself over to it, absolutely obsess about it, do the best you can every day in the first draft, and the second, and the third. But don’t let that book take over your life for years and years. Move on to other things eventually. Doing so will ensure that your writing life stays active and flourishing at all times.

4. Failure is the condiment that gives success its flavor.

I love this quote so much. I’ve never thought about failure in this way, but it’s absolutely true. It’s the condiment that gives success its flavor. Without failure, success means nothing. If you just succeed and succeed all the time, how are you ever able to appreciate it? One thing I keep telling myself after years of failure as a writer is that when success finally comes, I will be able to appreciate every single second of it. Truly. I won’t take any of it for granted.

I’ve written nineteen novels in nine years. Few of these novels have gone anywhere. One of them is currently on submission to editors, but there’s no guarantee any of those editors will say yes. I’m currently hard at work on my latest novel, which is in its fourth draft, and in June I start writing my next novel from scratch, a young adult thriller. I just keep going. Because I know that eventually success will come, and all that failure will have been for something.

All that failure… will have been the condiment that gives my newfound success its most delicious flavor!

5. Writing has laws of perspective, of light and shade just as painting does, or music. If you are born knowing them, fine. If not, learn them. Then rearrange the rules to suit yourself.

Some people understand the rules behind writing better than others when they begin. Some people read enough stories over the years and watched enough movies that they’re able to understand how a narrative works, how a narrative can be successful, and they immediately put pen to paper and come up with something magical. There are so many rules in writing you kind of have to follow. Some learn them early on, and some, like me, take a few years to implement those rules in a way that makes for a successful story.

What I absolutely believe about writing is that if you’re dedicated to it every day, and give yourself over to learning as much as you can, you can get better and better as a writer. You can learn all the rules that are out there and begin implementing them in your writing not tomorrow but today. Write short stories, write novels. You might fail at times, but so what? Write another one. Learn all the rules of writing by heart.

And then rearrange those rules to suit yourself. Truman Capote is absolutely right: you can’t constantly stick to the rules of writing in a rigid manner. You have to break free at times and take chances, while at the same time keeping the rules of the game in the back of your mind.