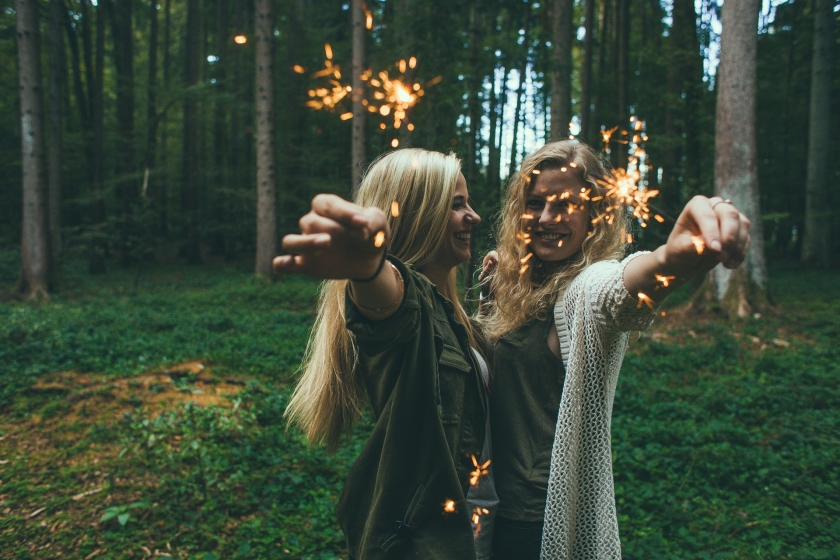 Now let’s say you’ve finished your first draft [of your novel]. Congratulations! Good job! Have a glass of champagne, send out for pizza, do whatever it is you do when you’ve got something to celebrate.

There truly is nothing like completing the first draft of a writing project.

Especially the first draft of a novel.

I still remember the first time I finished a novel. It was the end of May 2010. I had been wanting to write a novel for years. There were so many times I would walk around Borders and Barnes & Noble wishing I could one day have a book on the shelf.

But writing a novel just seemed too hard. I figured I would burn out after a week or two and never finish it.

Finally, in the spring of 2010, when I was tired of writing screenplays and wanted a new challenge, I thought up a story about a casting director I wanted to tell in novel form, and I was bound and determined to write the whole thing until I reached THE END.

It’s been nine years, and I still remember that feeling. I didn’t move at first. Just stared at the screen in awe. I had written that final scene the way I wanted and then typed THE END, on page 463. I couldn’t believe it. I had finished a novel.

What did I do next? Once I finally was able to blink a few times and recognize the enormity of what I had just accomplished?

I printed out the pages, grabbed a pen, and started marking up the first page of the manuscript.

Yes, I forgot a few crucial parts about what to do when you complete a novel.

I followed King’s book On Writing so closely that I can’t believe to this day that I didn’t let the manuscript rest for six weeks or longer, like King suggests. I was just so excited that I couldn’t wait a single minute before starting the second draft.

I remember thinking to myself, maybe if I start revising now, I can pitch the novel to literary agents later this summer!

Which I did. My first queries went out in July. Less than two months after I completed my first draft — a big no-no that I would never do today.

I needed to let that novel rest for a few weeks. At least two weeks. At least a weekend! Jeez, I couldn’t even bother to take a breath for grabbing a pen and marking up that opening page.

When you don’t let your manuscript rest, you remain way too close to the material, to the characters. You can’t really judge the manuscript in a way that’s helpful, so what you end up doing is just copyediting the words that are already there.

You don’t revise the thing much at all, unless something is really, really bad. If something is truly terrible, you will often see it on a second draft even if you haven’t allowed the manuscript to rest as much as it should.

So I didn’t put my novel in the drawer for a month or longer, that was one mistake. What was my other mistake?

I didn’t take the time to celebrate.

This was a huge deal. After years of thinking about writing a novel, hoping it might happen one day, I actually sat down at my laptop for six weeks, and I did it. I wrote an entire novel to the best of my ability, all the way to THE END.

I remember finishing it on a Friday, too. Right before a long weekend! And I honestly have no recollection of celebrating at all. Celebrating with my friends, with my family. I think I might have called my mom to tell her I finished a book, but that was about it.

I was so obsessed with revising the novel right away and pitching the book to literary agents that I didn’t take a moment to step back and celebrate what I’d done.

Instead, I just focused on the next step of the process right away, which I realize now was the worst thing I could have done.

So when you finish your novel, please don’t forget to celebrate!

It doesn’t have to be a huge celebration. You don’t have to throw a party for yourself and invite 500 people (although, really, why not?).

But yes, please, celebrate! Put the first draft of your novel in the drawer, and take the time to bask in the glory of what you just accomplished. You finished a novel. You created something from scratch, something that didn’t exist and now does, that came out of your imagination and is now in the world.

So have some champagne, treat yourself to a nice dinner, tell your friends and family what you achieved, and enjoy yourself.

The revision of your novel is super important, but that part can come later.

Right now? Take the time to celebrate. You’ll be glad you did!