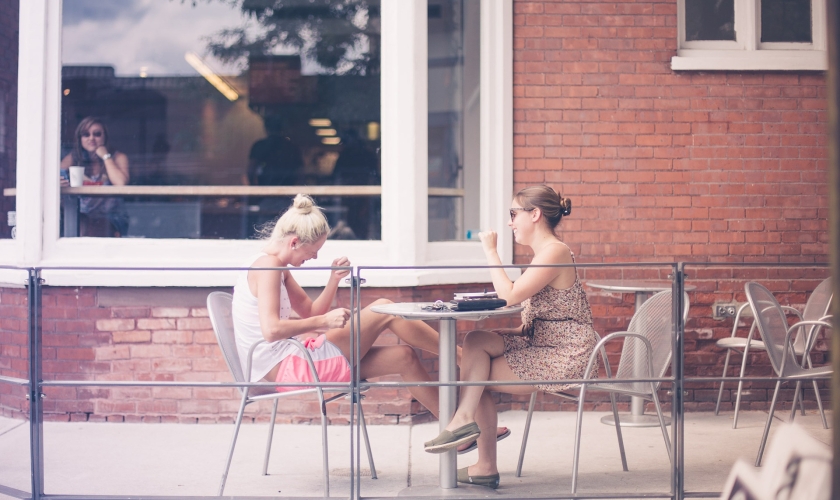 It’s dialogue that gives your cast their voices, and is crucial in defining their characters — only what people do tells us more about what they’re like, and talk is sneaky: what people say often conveys their character to others in ways of which they — the speakers — are completely unaware.

I’ve learned a lot about writing fiction since I penned my first novel nine years ago, but one of the most important things I’ve learned by far is the necessity for dialogue that helps define your characters.

Dialogue is used for all sorts of reasons in fiction.

It helps with pacing.

It offers white space on the page, which is typically pleasing for the reader.

It helps further along your narrative.

It gives the reader information.

It breaks up exposition with specific scenes.

Without dialogue, a novel might never fully come to life. I’ve read a lot of books over the years where an author uses dialogue sparingly, where ten pages or more go by and all you’re reading are big block paragraphs of exposition. Sometimes this works if the story is so ridiculously compelling that the exposition is enough. And sometimes this works if the main character is alone for long stretches of time.

But for the most part, you’re going to need dialogue, probably in every scene if not every chapter, and you want to use it in ways that fit those five criteria above.

But another way dialogue is useful? Essential, even?

Dialogue helps define all your characters.

I’ve always been decent at dialogue in my fiction writing. I’m good at finding a rhythm to the dialogue in the scene and making it long enough to convey the necessary information but short enough that the reader doesn’t feel like I’m delivering the entire conversation between two people— the beginning, middle, and end. You typically don’t want that in a dialogue scene. You want to write the part that is necessary for the reader.

So yeah, dialogue is my jam. I love reading it. I love writing it. Most of my novels have lots and lots of dialogue.

But the one area in dialogue I’ve always struggled a bit is in using it to define my characters. Not because I don’t want it to.

But because it’s often difficult to do so.

Before you begin any longterm writing project, you want to define your major characters in other ways, like physical attributes, backstories, motivations. These are all key to understand before you get started.

But one other way you should be thinking about your characters is in what they say, and how they say it.

Bottom line is this: if every character in your book talks in exactly the same way, you’re in trouble.

It might even be worth doing a revision where you focus solely on the dialogue and how it defines each of your characters. Not just the main character. But pretty much anyone who speaks at one point or another in the manuscript.

One method that helps with this? Reading your dialogue out loud.

I typically don’t read the prose of my novels out loud, but at least some point during the revising process, I try to read my dialogue out loud to get a sense of voice and language. I don’t want my protagonist to speak one way in Chapter 2 and then another way in Chapter 20 if there’s not a good reason. And I want to make sure the voices of my characters are consistent through their uses of dialogue.

Another method that’s been suggested to me is looking at each scene of your story from the point-of-view of every character that exists in that scene.

So even if your book is written in the first person of your main character, you should still read through the scene once trying to see the world through the eyes of the second character of the scene, and the third and the fourth, depending on how many characters appear.

Think about what each character wants, who he or she is.

You’re not going to get all the dialogue right on the first draft. I talk about that a lot on here — the first draft is going to be messy, and all that’s important about it, really, is finishing it. Getting a draft of your novel finished means now you can truly start writing it because now you have a base to work from.

Now you can see what dialogue of yours is working, and what needs cutting or adding. Maybe you’ll have to write a completely new version.

Dialogue serves so many purposes. And there needs to be a reason why each line of dialogue is there in your story. If a short exchange between two characters adds nothing to your story? Cut it.

And if the dialogue isn’t help defining your characters well enough? Keep working, and keep revising. With lots of practice, you’ll get there.