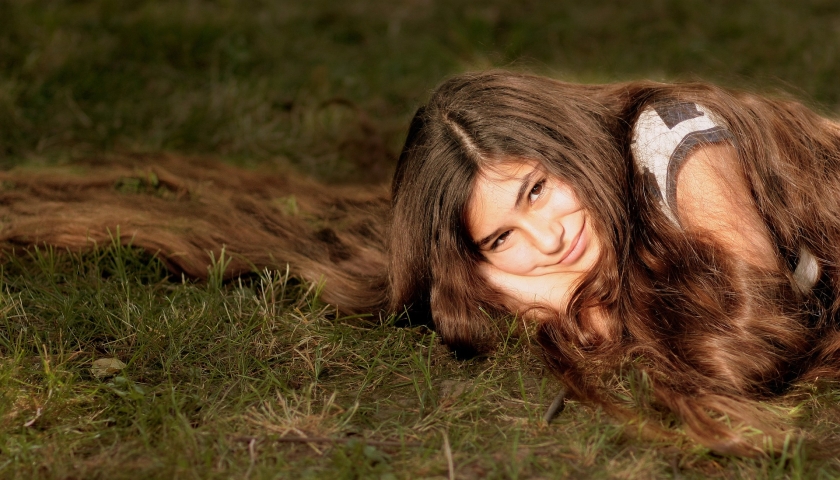 Released at the end of 2010, Tangled was the best non-Pixar full-length Disney animated feature since The Lion King. That’s right — since 1994. Let’s look at that long list of mediocre titles, shall we? There’s the decent but unspectacular Pocahontas and the dark and not quite successful Hunchback of Notre Dame. The Emperor’s New Groove is hilarious, and 2009’s The Princess and the Frog was a wonderful callback to hand-drawn animation. The only movie that came close to greatness was 1999’s Tarzan, but even that one has some issues. Tangled truly is one of their better films of recent yeares.

Does Tangled rank with the best of Disney’s late 80’s-early 90’s golden era, like The Little Mermaid and Beauty and the Beast? Well, no, it’s not on that level. And is it as good as all the Pixar movies? Well, no, it would probably rank in quality with the lesser Pixar titles like A Bug’s Life and the Cars franchise. But it works as genuinely thrilling, romantic, hilarious family entertainment from beginning to end that doesn’t have any gimmicks or forced moments. This is just a great story well told, with fine voice acting and more than enough story twists to keep things moving.

Disney has told the stories of almost all the famous princesses, but the one that until now hadn’t been told was that of Rapunzel. Instead of going a more traditional, dramatic storytelling route like The Princess and the Frog, the makers of Tangled infused this story with lots of humor and irreverence, with barely a scene that goes by that doesn’t have some comedy.

First, the really good. One of the great pleasures of Tangled is watching a classic story unfold that will work for every age range. There’s a lot of great fun for the kids, especially with a horse sidekick character that has great goofy human-like expressions. Similarly there’s a lot of humor for the adults in the audience, like all the flirtatious quips and exchanges, and a delightfully crass bar scene. But best of all, the emotional aspects of the movie, concerning the lights that fire up the sky every year on Rapunzel’s birthday, really work, and there are a handful of teary moments throughout.

Second, the mostly good. A heroine is only as good as the villain she’s up against, and the bad girl here, an elderly woman on a quest for lost youth who has an eerie resemblance to Sally Kellerman, brings to mind those classic villainesses like Maleficent and the Wicked Stepmother. The character animation and voice work is wonderfully cunning and charming. Similarly Rapunzel and Flynn are genuinely likable lead characters, with a romance that blossoms that actually feels authentic and earned. All the characters work really well in the movie, and that’s a major compliment considering so much of Disney’s lackluster projects of the last fifteen years.

Third, the not so good. They’ve never been as good since the mid-90s, and unfortunately the disappointment continues when it comes to the songs in Tangled. While they’re pleasant enough, they rank along the level of the songs in The Princess and the Frog — cute while you’re listening but wholly unremarkable. These animated movies that have singing throughout can’t ever rank on the level of a movie like Beauty and the Beast when the songs are so unmemorable.

But really, the songs being a tad underwhelming in Tangled is a minor quibble. This is a delightful film that marks one of Disney’s great achievements of the last ten years.

Watching Tangled again makes me think about tackling a classic Grimm’s fairy tale in my writing. Last April I wrote my one and only short story of 2018 — Gretel, which tells of a YA author who updates classic fairy tales for the new century… and then accidentally finds herself living one of them. I’ve never had as much fun in years as I had writing that story for three weeks last April. It’s fun to pick apart a classic story that you love, that is beloved around the whole world, and then put your own spin on it. I haven’t ever written an entire novel based on a classic fairy tale, but who knows? Maybe if a great idea comes along soon, I’ll give it a try.

If you had to write a short story or novel based on any of the classic fairy tales, which one would you choose and why?