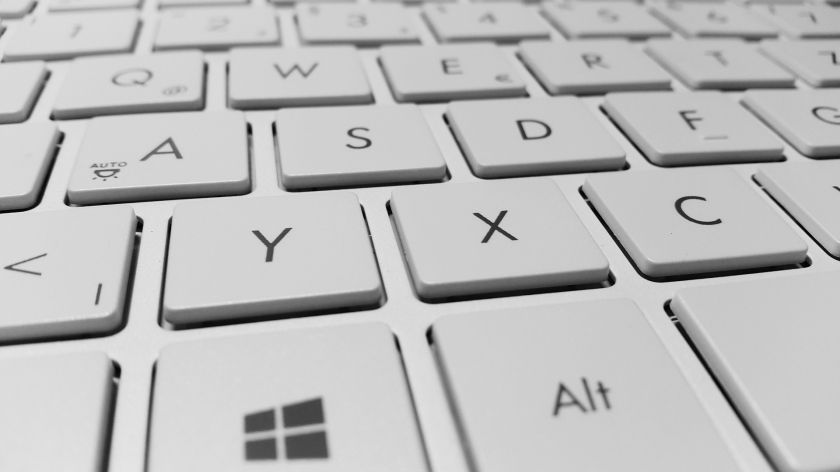 This is one of the quotes from On Writing that has always stuck with me because of how much authority Stephen King says it. He’s not holding your hand here and saying no matter how terrible you are as a writer, you can get better, that the work is worth doing. He’s also not saying that if you’re really good, with a lot of hard work and determination, you can be one of the greatest novelists out there. He’s saying, no, if you’re really, really bad, give it up. Don’t waste your time. And if you’re a very, very good writer, there’s no saying with tons of effort you’ll ever be a great one. Bad writers stay bad writers, he says. And great writers either have the greatness or they don’t, end of story.

To this day, I’ve never been fully on board with this quote. Yes, there are bad writers. Ones who can’t get a handle on storytelling or pacing or character development or unpredictability. Or, hell, just grammar and spelling. I’ve definitely read short stories over the years that were so godawful that I did seem to think that this writer should just focus his or her efforts on something else.

But if a writer starts off truly terrible, but then works on the writing every day, reads a lot of novels, goes to workshops, pours through how-to books, and spends years and years on the craft, I do believe that person can get better. Can potentially write work that can be published. If there’s dedication, as long as you’re willing to take rejection and negative feedback in stride, and as long as you’re willing to do the hard work and improve, it’s possible that anybody can become a much better writer.

When he talks about good writers never being able to become great writers, I agree that some writers are just born with God-given talent. The kind of talent I would never be able to grasp if I lived to be 1,000. If I wrote 167 books. Some people just have a gift, absolutely. But I do think if you are a very good writer, someone who is willing to take chances and try new things and never stop learning from others, year after year, then yes, it seems to be you could become great. Maybe it takes you to your fifteenth novel to win the Pulitzer, maybe it takes forty years, but I think it can be done, sure.

The one I’m absolutely in one-hundred-percent agreement on is that with a lot of hard work and patience and determination and studying and willingness to get better, a merely competent writer can become a good one. This is the category I personally find myself in. When I started becoming serious about writing fiction in 2010, I thought of myself as a good writer. But when I look back on the work I was producing back then now, I’m kind of flabbergasted at how awful some of it is. I have come a long way in eight years. Eighteen novels, about three dozen short stories, two graduate school writing programs, working with a literary agent. Every year I absolutely get better. Every year I do everything in my power to improve even just slightly, even just a little, to make my opportunities for publishing more vast and make my current work-in-progress, whatever it may be, the best thing I’ve written yet.

Writing has never come easy for me. I don’t have that God-given talent. I have a love of storytelling, a passion for writing. I love to sit down at least five days a week and either write something new or revise something I adore. Just in the last eighteen months I’ve revised a middle grade novel more than fifteen times and my MFA thesis novel nine times. I don’t get it right on the first go-around. I don’t write a first draft, do a light copyedit a few weeks later, and then have something publishable. Every time I write a new book I know I’m in for the long haul. I make mistakes. I write bad scenes. I cut those scenes and write new scenes, some of which might work a lot better, some of which might need lots more work.

What makes my journey from a competent writer to a good writer possible is that I always have a willingness to go back yet again and improve my work. I take rejection and negative feedback seriously. I think long and hard about a moment from the book that didn’t work for somebody — my agent or a beta reader — and make an attempt to fix it, either by rewriting big chunks of the scene or deleting it entirely and starting it again. If a scene doesn’t work, you simply have to fix it. You can’t just shrug and say, well, it’s good enough. I’ve revised this thing five times, I can’t look at it anymore, and it’s good enough.

No, to go from being a competent writer to a good writer means going that extra mile to improve your work to the absolute best of your ability. To strengthen your prose in ways you might not have thought possible even a year ago. To make the characters more dynamic, more unique. To add surprises and not have a third act that we could see coming from a mile away. You will fail. You will fail often. But if you keep trying, keep writing, keep learning, keep loving, you will succeed in writing, and you will go from being a merely competent writer to being a good one.

No matter where you are in the scope of your writing life, you can always get better. And as long as you don’t give up, truly great things can happen.

One thought on “How to Be a Good Writer, Not Just a Competent Writer”