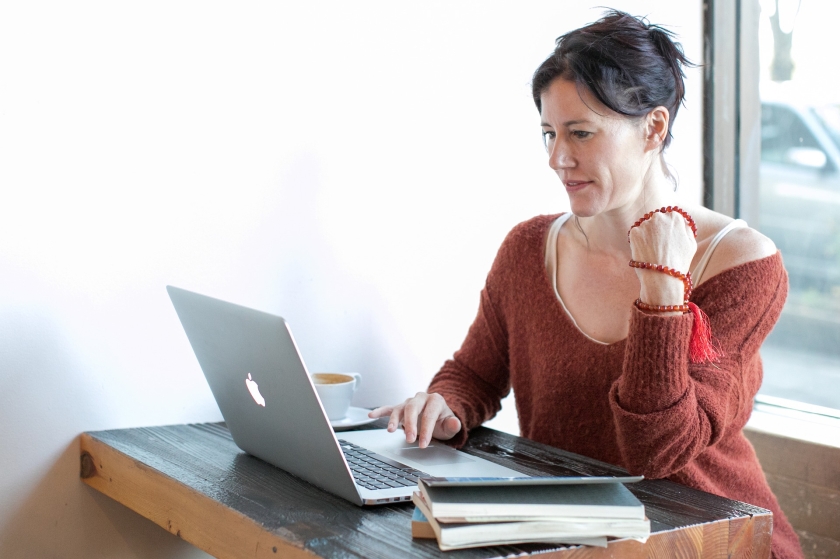 The best form of dialogue attribution is said.

The earlier you learn this word the better. I genuinely believe there’s little lenience here. That this rule is up to every individual author and that at the end of the day you can just do what you want.

So you might get bored just using “said” all the time. You might want to punch up your writing a bit with other options. Maybe instead of having Charlie say a line of dialogue, you want him to cry it! Or wail it! Or implore it! Maybe you want him to quietly whisper it.

What you will find and hopefully learn fast when you start writing a lot is that when you pen a scene of heavy dialogue, the creativity of your work comes through in everything that surrounds your dialogue attribution. In the dialogue itself. In a sentence that maybe precedes or follow the attribution.

It does NOT come in the actual dialogue attribution itself.

Here’s the deal with dialogue attributions: you want them to be practically invisible to your readers. The reader should fixate on everything surrounding it, but not the “John said” part. The “John said” is there for one reason only: to highlight what character is talking in this particular line. That’s what I use dialogue attribution for, always. To make sure the reader knows who is speaking and when.

At the same time, you want to mix things up a little. You don’t want twenty lines of new dialogue in a row with “Adam said” and “Leslie said” and “Brandon said” and so on. It gets monotonous. But this does NOT mean you need to substitute “said” for some fancier word. You almost never want to substitute “said.”

If you want to sometimes use something else instead of “said,” use these…

Whisper. I have characters whisper lines of dialogue occasionally, and when I do so, it’s always for a good reason. Don’t just use “whisper” to mix things up. Use “whisper” when there’s a deliberate reason the dialogue needs to be quieter. Use this dialogue attribution to a minimum, just a few specific times in a manuscript.

Shout. You might find other authors who believe in still using “said” even when the character is shouting a line of dialogue across the room, but I always think that looks weird on the page. I write a lot of horror and suspense, and so there are typically moments where characters are screaming and shouting dialogue, and so occasionally I’ll put “Mike shouted” after a line of dialogue that’s meant to be extremely loud. Like with “whisper,” keep these to a minimum but the occasional use I think is okay.

I’ve also very rarely had a character “scream” a line of dialogue, and that is only when I’ve had a long scene of dialogue of characters constantly shouting to the point that I need to not use the word “shout” one more time.

That’s about it. I’d guess 90% of my dialogue attributions is “said,” 8% or so is “ask,” and 2% is for these other uses. Again, “said” is always your best choice. It’s invisible on the page. It’s just there to tell the reader who’s talking.

It also can provide a little rhythm to a dialogue scene, too, there’s no doubt about it. I don’t know about you, but I hate reading a dialogue scene in a book where for two pages straight there is NO dialogue attribution. It’s just straight dialogue on and on, without any break. Dialogue attribution can help with this, too. My rule of thumb is usually five lines of dialogue. Five back-and-forths. At this point, if there’s not a new “Jessica said” or “Daniel said,” I have to ask myself why.

Using only “said” is helpful too because you don’t want to get in trouble for using a weird word that makes the line of dialogue literally impossible. I used to see samples of this in writing workshops. Take this example below…

“He had the funniest look on his face,” Peter laughed.

This is perfectly acceptable if it were written like this: “He had the funniest look on his face.” Peter laughed. A comma or a period makes all the difference here. Why? Because you can’t actually LAUGH a line of dialogue. I mean, I guess you could try, but it would be super awkward. The same reason that a character WEEPING a line of dialogue also makes no sense. A character can weep while saying the line, but weeping the line is like… huh?

But there’s something you don’t have to master, and that’s the simple rule of just saying “said” in dialogue attribution whenever possible. Trust me… you’ll be glad you did!