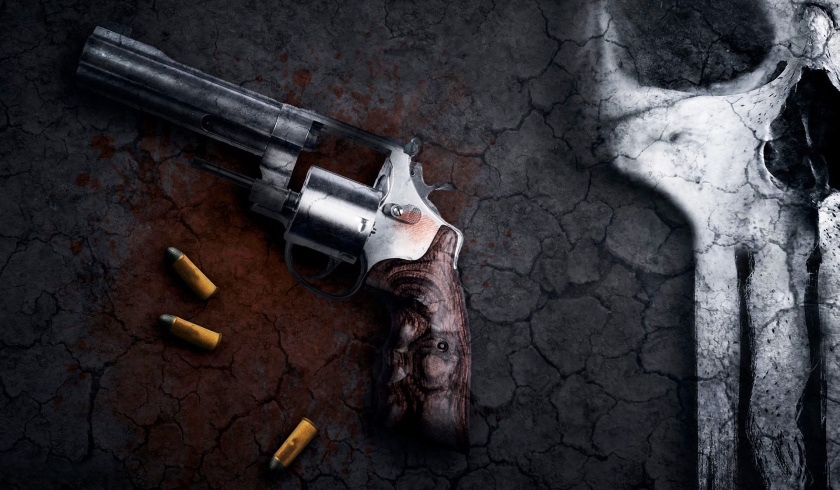 Erica Bain (Jodie Foster) has never feared the cool, dark shadows of New York City. She’s got everything going for her–a hot radio show and a hot, well, fiancee (Naveen Andrews). We’re introduced to her when she’s at work. She talks with her boss (Mary Steenburgen), goes to a party, meets up with her fiancee, and goes for a walk with him and their dog. It’s just another typical day for the both of them. Behold, the classic set-up for a thriller. Erica and her fiancee are attacked by a group of hoodlums, who tie up their dog, and proceed to beat both of them on the ground. Left for dead, Erica makes it, only to find out the love of her life is long gone.

The typical series of events to follow would be Erica’s quest to locate the four men who killed her fiancee, as we as an audience wait in anticipation to see her come face to face with the men. But The Brave One is more intelligent than the average revenge thriller. And that’s not to say it’s any better necessarily than classic revenge flicks like Death Wish, Kill Bill, or the underrated Sally Field-starrer Eye for an Eye. It tries to be more, allowing Erica to fully unravel and become a different person. The film is more concerned with her transformation than the thugs who killed her fiancee. This is an imperfect film with some flaws, but there’s a lot to like here.

Frankly this movie is Jodie Foster’s show, despite a terrific turn from Terrence Howard (playing a detective), and who knows what the end result would’ve been if a lesser actress would’ve taken the reins. Foster is fascinating to watch in anything, making Flightplan particularly a much, much better movie due to her presence. Her performance in The Brave One is the best thing about the movie. She’s a natural at playing a good-natured happy person but even better at playing a troubled flawed woman full of rage and vulnerability. The more complex the character, the more the name Jodie Foster should be tossed around in casting offices. There is never a dull moment in this because of her, because of the excitement watching her on the screen.

An interesting aspect to the film is the way in which all the violence occurs. While there were people in the audience cheering each time she popped off a bullet at someone, I never felt like this movie leant itself to audience members feeling joy when people die. This isn’t Arnold Schwarzenegger killing off 82 bad guys in Commando (yes, I’ve counted). The majority of the people she kills in the film have no relation to the horrific incident that happens to her at the beginning of the film. Her killing is based more on her soul getting ripped away and her trying to find her way back. She wants to feel safe, but she always wants to see what it’s like to take lives away from others, just like a life was taken away from her.

By the time we get to her confrontations with the thugs who killed her fiancee at the end, we’ve come to question ourselves on whether or not we even like Erica. She’s pained in the first hour, and we feel sympathy for her. But after a few murders, while she’s killing bad people, it’s important to note that it’s not really justified for her to do what she does in any capacity. In the end we don’t know who we should be scared for–the thugs or Erica. One thing’s for sure. The thugs should be scared of Erica, definitely not the other way around.

The Brave One was directed by Neil Jordan, who’s also directed The Crying Game and Breakfast on Pluto. He gets a little too flashy at times with his camera angles and movements, but his focus on the Erica character rather just merely the plot is a smart move. The violence is quick, real, and disturbing, and the pace is slow but steady. The beginning is a little rushed, and the ending is a little confused and anti-climactic, but the middle is nothing short of fascinating. The Brave One isn’t a great movie, but it is a solid one, made all the better because of a haunting performance from Jodie Foster.

The Brave One makes me think of the revenge theme. It’s one I’ve definitely explored in my own fiction. My recent MFA thesis novel is a thriller that has the revenge them up front and center in the tense second half, and what I love about the theme is how it makes the so-called “innocent” protagonist more complicated. Should we root for someone to take revenge, even if that route for the protagonist might result in violence? Even if revenge might make the main character worse off than he or she was in the beginning? Revenge is a fascinating theme in film and literature, and it’s something I love to write about.

Think of an idea for a short story about revenge. What would be the concept? Who would be your main character?