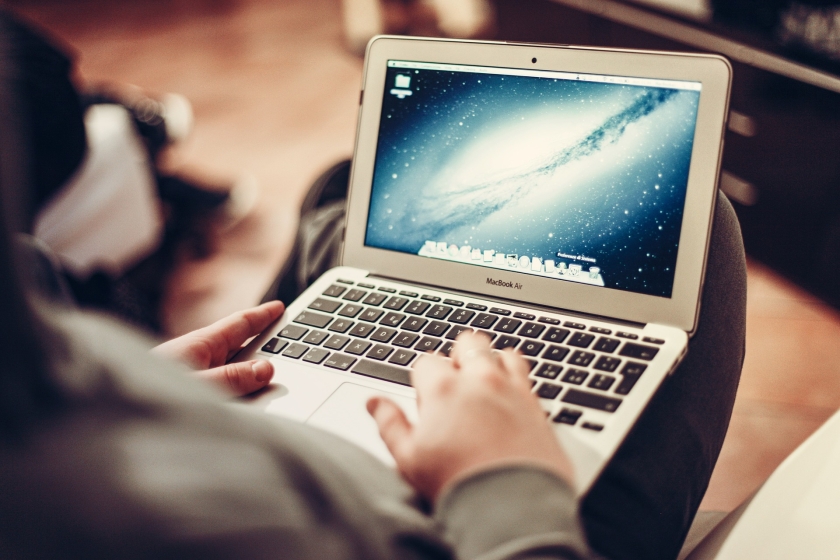 When I wrote my first novel in the summer of 2010, I wasn’t even aware of self-publishing, didn’t have a clue that anything but traditional publishing was a valid avenue to getting my work out in the world. I knew, unless I was lucky, I was going to spend the next few years writing a few novels, maybe five or more, until I could find a literary agent who would represent me and have an idea about how to sell my work.

I was also aware that getting an agent wasn’t the be all and end all, that an agent could potentially try, and fail, to sell my work, and that I’d have to write even more novels and keep trying for my first sale. I queried my first novel in the fall of 2010, then queried my second novel in the spring of 2011. Lots of rejections poured in. A few requests appeared in my inbox, too, but those requests soon turned in to more rejections, or months of silence. By the time I queried my third novel, I wasn’t feeling too confident; in fact, I already felt like a failure.

When my third novel received not a single request from any of the agents I queried, I started to reconsider what the hell I was doing: was I going to spend endless years writing ten, fifteen, twenty novels, with nobody but my mother and a supporting friend to read any of them? I hated the idea of my novels going into drawers to collect dust for decades to come. I knew my early novels, especially my flawed first one, weren’t perfect, but I felt like there were readers out there who would love them, and I started looking in to alternative ways to get them published.

It was this same week that a trending success story about a young self-published author spread through the Internet and promptly showed me a path to publishing that felt right. Instead of waiting for years in the hopes that somebody out there will discover me, I could put my writing career in my own hands and make something happen. In the summer of 2011, I self-published my first novel, and then ended up self-publishing six more over the course of the next year. At the time, I was almost one-hundred-percent confident I was doing the right thing. Now, with a literary agent and a book on submission, I’m not so sure self-publishing was and is in my best interest.

My friend Katie sent me the link to the news report about Amanda Hocking back in March of 2011. Here was a twenty-five-year-old writer who had been writing young adult novels since she was sixteen. She had queried countless agents over the years, and got nothing but rejections. She piled up about fifteen books, all just sitting on her hard drive, as she worked part-time at a nursing home for about seven bucks an hour. One day, she looked into Amazon’s new indie publishing platform, and decided, why not, let’s put up one of my books for ninety-nine cents, and see what happens.

She sold a few copies in the first week, so she put up book two in the series, then book three. By the end of the first month, she had made a few hundred dollars, and so she put up books four and five. By the end of the third month, she had made thousands of dollars, and within a year, she had earned hundreds of thousands of dollars, all based on word-of-mouth of young readers who loved her stories. I thought, if she can do it, why can’t I?

Of course, I didn’t see quite that much money — not even close — in my first year, partly because I put up a few books in different genres. One was an adult thriller, one was an adult horror, and three were young adult fantasy. By the time I put up a young adult horror in early 2012, I think I might have alienated most of my potential readers just because my work is so varied, but I did earn some young fans around the world who loved my Happy Birthday to Me trilogy and wanted to see more from me.

I enrolled in Amazon’s new KDP program and with bonuses from book borrows, I earned more than 5000 dollars in early 2012 from my self-published books. The future looked bright. I knew I had lots more books in me, and I’m one who likes to write a lot, not just pen one novel and then tinker with it for a few years. I was going to stick to young adult for awhile and try to build up my fan base. And while my young adult horror trilogy didn’t bring the same success as my birthday trilogy, I had completed the first draft of an LGBT young adult Wizard of Oz story that I was super stoked about, along with at least three more ideas I was looking forward to starting.

My passion for self-publishing, however, started to temper in 2013. Since I couldn’t find an agent to represent Over the Rainbow, I decided I was going to go the self-publishing route, and not only would I put it up on Amazon, Barnes & Noble, Kobo, and iTunes, but I would also go beyond any marketing I had done before and pay for marketing and ads, as well as advertise the book on blogs and review sites in the weeks leading up to its August release. I tried Kickstarter for the first time to help pay for the marketing, and with the help of about seventy people, I successfully raised $1,600. From June to early August I did everything I was supposed to do to bring awareness to my project. Plus I had fans who had enjoyed my Birthday trilogy from 2011, and my horror trilogy to a lesser extent, so I felt confident something was going to happen with my newest book.

Finally, the day arrived. I hit the PUBLISH button, and waited. And waited. And waited some more. In the first week I sold maybe ten copies, and then in the next month I sold maybe five more. A few nasty reviews of the book were posted on Goodreads, and then it was over. Over the Rainbow died a quick death, and since late 2013, any talk about it vanished. The experience was so painful that I started second guessing self-publishing. Maybe the literary agents and traditional publishers are there for a reason, I thought. Maybe not everything I write should necessarily be put into the world, I thought.

In 2013 I wrote another novel, an LGBT young adult novel called Magic Hour, and I planned, after once again a lack of interest in agents, to self-publish the book in the summer of 2014. But that summer came and went, and now, five years since I wrote the first draft of Magic Hour, it’s still in the drawer. I’ve written seven novels since Magic Hour, and I’ve self-published none of them. I finally signed with a literary agent in 2017, and I currently have a book on submission to traditional publishers. The dream is nearly here, that dream I had way back in 2010.

While I earned a few respectable thousand from self-publishing in 2012, those earnings have all but dried up, especially since I haven’t published any novels in two years, and now I’m lucky to make fifty bucks a month. The main reason I’ve stopped self-publishing is that I’m in a different place now. I just earned an MFA in Creative Writing, and I want to be held to a higher standard. It’s so easy to hit that PUBLISH button on Amazon, but I have to be careful now, especially since I want a level of respectability as a writer; a bunch of self-published novels, particularly ones that weren’t well-reviewed, aren’t going to bring it to me.

If I labored over one manuscript for year after year and couldn’t move on to another project, then self-publishing might be a means to an end, but I’m always writing new books, always keeping busy with new projects, and it’s not painful for me anymore to stick the latest manuscript in the drawer if it’s not working and move on to the next one. Self-publishing will always remain an option in my future, but I’ve decided, at least for the next three to four years, to put it out of my mind and focus on the traditional path. I want to collaborate with agents and editors, I want my book in actual bookstores, I want to connect with as many readers as possible. I’m hopeful, one day, traditional publishing will get me there. It’s not a sprint, it’s a marathon, and I’ll keep running as long as I have to.