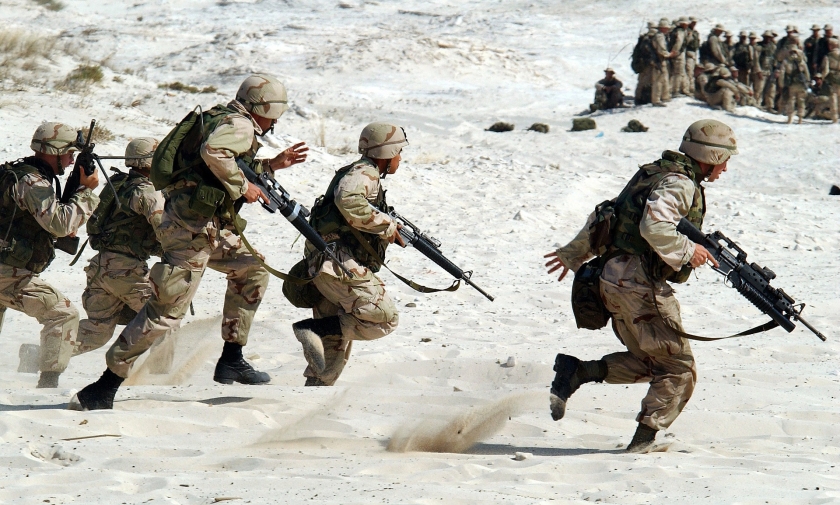 Toward the end of All Quiet on the Western Front, one of the young soldiers rests in the trenches, cold, tired, devastated by all the death and violence. He has a moment of catharsis when he sees nothing other than a butterfly on the dirt in front of him. He reaches out his hand to touch it in a moment of sheer joy. This beautiful moment, one of many in this great film, proves that All Quiet on the Western Front, which won Academy Awards for Best Director and Best Picture, was way ahead of its time and still works as a commentary of the absurdities of war.

Based on the novel by Erich Maria Remarque, the film tells of a group of German schoolboys who are essentially mindwarped into going off to war by one of their jubilant teachers. Thinking that they are going to be heroes for their country, disillusionment begins to set in when they begin to witness the mutilation and killing, and they start to question the very nature of the war they’re fighting in.

All Quiet on the Western Front is not some naive cheerful war movie of the 1930s. The themes in this film are still resonant in the world today. I was surprised how well this holds up despite it being nearly ninety years old. Roger Ebert once asked director Howard Hawks what makes a great movie, and he responded, “Three great scenes. No bad scenes.” There are at least three great, memorable scenes in this movie, in addition to the scene discussed earlier.

The first scene in the classroom, in which an elderly teacher gets all his students riled up to enlist in the war, is almost painful to watch, seeing the excitement on all these kids’ faces, knowing that they’re not receiving the whole truth about the terror they’re going to face. This scene is re-called toward the end of the film in another scene, where one of the soldiers returns to the classroom, witnessing the very same teacher tell the very same recruitment speech to an ensemble of young faces. The soldier rightly calls out the teacher on how wrong he was, and he makes a point to the students to think critically before signing up for the war.

Maybe the best scene of the movie, however, involves one of the soldiers mortally wounding an enemy soldier, and then, crying hysterically, doing everything he can to save the soldier’s life. He didn’t know this man, and he didn’t have any reason to kill him, and instead of moving on to the next kill, he weeps for the life he took. It’s startling and over-whelming.

This is as good as any war movie I’ve ever seen. There are sections that are dated, and the movie goes on maybe twenty minutes too long, but there are moments of true horror and and pain, and the battle sequences are astonishingly well realized. Director Lewis Milestone approached this material like a seasoned veteran, even though he was only thirty-four when he made it and the all-talking motion picture was still in its infancy. This is a moving and powerful piece of work.

I have never written about war in my fiction, whether it be a crisis in recent years or many, many decades ago, but I’d love to try to at least attempt a short story about a soldier in battle. The struggle of course would be how to do it in an original way, and also a way that’s respectful and truthful. It would be difficult but I hope to tackle this subject one of the years in my work

If you had to write a story about a war from the past hundred years, which war would it be? Why?