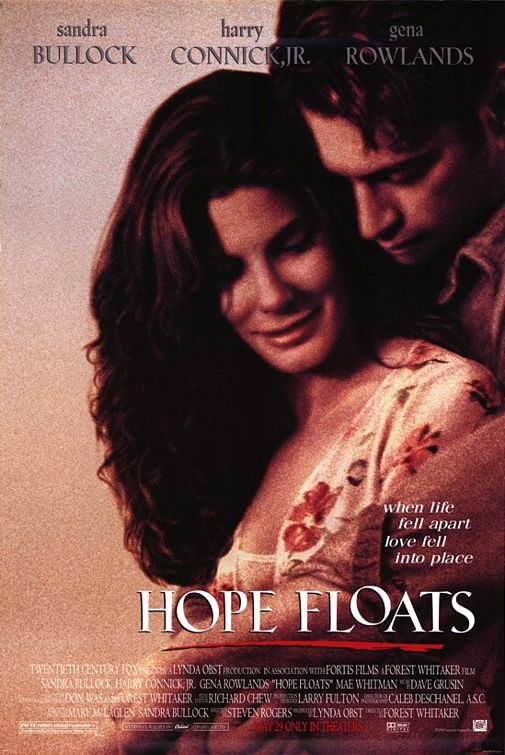 After the critical and financial failures of In Love and War and Speed 2: Cruise Control, it was time for a career make-over for Sandra, or, at the very least, a better received film. Sandra didn’t follow up those two movies with another big action movie or end-of-the-year awards-bait production; instead, she made the surprise 1998 hit Hope Floats. And while it’s not a great film, it offered Sandra her first meaty dramatic role.

Coming on board as executive producer for the first time in her long career, Sandra learned the ropes of film producing by working with Lynda Obst (One Fine Day, Interstellar). After the disaster that was Speed 2, Sandra wanted more control over her projects. In an interview on the set of Hope Floats in 1997, Sandra stated that she was saying “yes” to too many projects she didn’t believe in, and that she would now be making one movie a year, maybe. (Of course that wasn’t the case; she would make six films over the next three years.) Hope Floats was a project she obviously believed in, because she signed on to Speed 2 partly to ensure that 20th Century Fox would allow her to make the intimate drama. Probably the most surprising statistic is that Speed 2 earned $48.6 million nationwide, while Hope Floats made $60 million. Nobody in early 1997 would have predicted that!

Hope Floats is a frustrating movie because there are occasional scenes of emotional truth, but they are surrounded by such a low-key, predictable story that it’s hard at times to care about the outcome. The title itself is lame, and a lot of the film, directed by the better-actor-than-director Forrest Whitaker, is way too schmaltzy for its own good. The most maudlin moments occur when Whitaker slow-mos certain shots so that we as an audience will take note that what’s happening on screen is very dramatic. The second-to-last scene, involving Sandra discovering a picture of Harry Connick Jr. and walking up to him on the street outside, is particularly hokey. 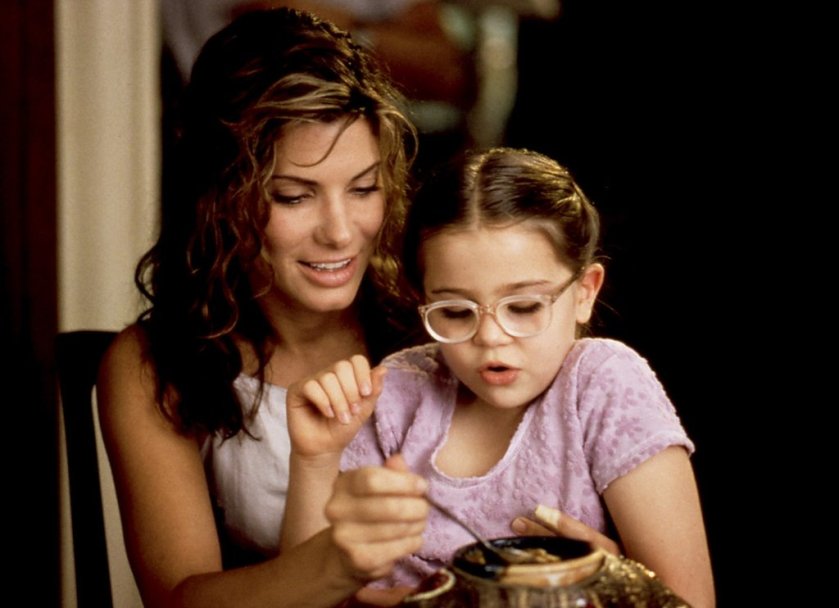 The most interesting aspect to Hope Floats is its opening few minutes, which is tonally different than the rest of the film. We’re introduced to Sandra’s Birdee character at an appropriately cheesy Jerry Springer-like talk show hosted by the where-the-hell-did-she-go Kathy Najimy. Birdee learns on the show that her high-school-sweetheart husband Bill (Michael Pare) has been cheating on her for over a year with her best friend (a well cast Rosanna Arquette) and that he doesn’t love her anymore.

This wild opening makes the movie feel like it’s going to be a comedy in the vein of Miss Congeniality or The Proposal; instead, the rest of the film finds Birdee trying to rediscover herself and make a new life for her and her daughter (Mae Whitman, by far the film’s MVP), with little in the way of high-stakes comedy. It’s unusual to say the least; it’s like if While You Were Sleeping opened with a scene of Lucy not being chosen on The Dating Game, or if Crash opened with Jean screaming at a bunch of black guys on an episode of Maury. The purpose of the opening scene is to reveal to Birdee that her husband is an adulterer. There were fifty other ways to get that idea across, and it seems odd the screenwriter chose to go with this one.

The rest of the movie has its flaws, but it also has effective moments. Sandra is surrounded by a terrific supporting cast, including Gena Rowlands and Whitman, as well as a who’s-who of character actors (Connie Ray, who starred alongside Sandra in Speed 2, is a stand-out). The storylines involving Birdee’s relationship with her mother and with her daughter are authentic and involving, mostly due to the fine performances. The scene where Birdee lashes out at her daughter on the staircase comes to mind, as does the scene in the bathroom, where she drunkenly cowers over a toilet and cries to her mom about how much she misses her husband and how lost she is without him.

Hope Floats hasn’t gained much of a following in the years since it’s been released; Sandra’s fans would probably still pick Speed, While You Were Sleeping, and Miss Congeniality as her best films made in 2000 or prior. And, shockingly, there are probably more fans of the overrated Practical Magic, released the same year. But while it’s an imperfect, sometimes overly sentimental film, Hope Floats was an important stepping stone in Sandra’s career, not just as an actress, but as a producer as well. 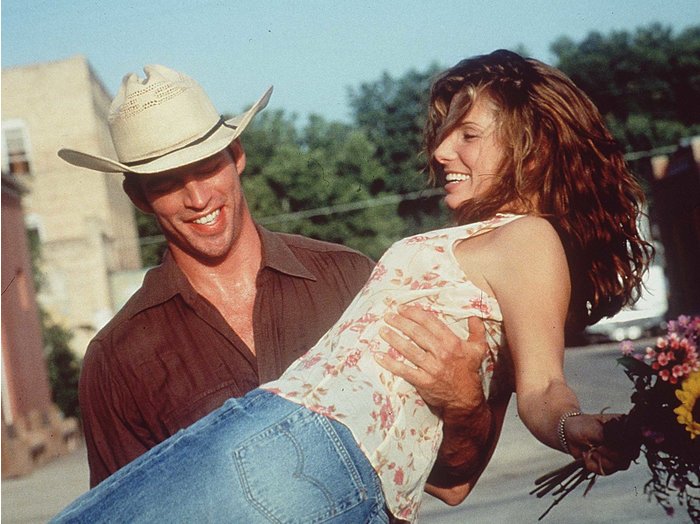 Best Scene: Sandra cries drunkenly to Rowlands about her husband.

Best Line: “Childhood is what you spend the rest of your life trying to overcome.”

Rowlands and Sandra both graduated from the same high school, Rowlands in 1947, Sandra in 1982.

The film’s dance sequences were choreographed by Patsy Swayze, mother of Patrick Swayze.