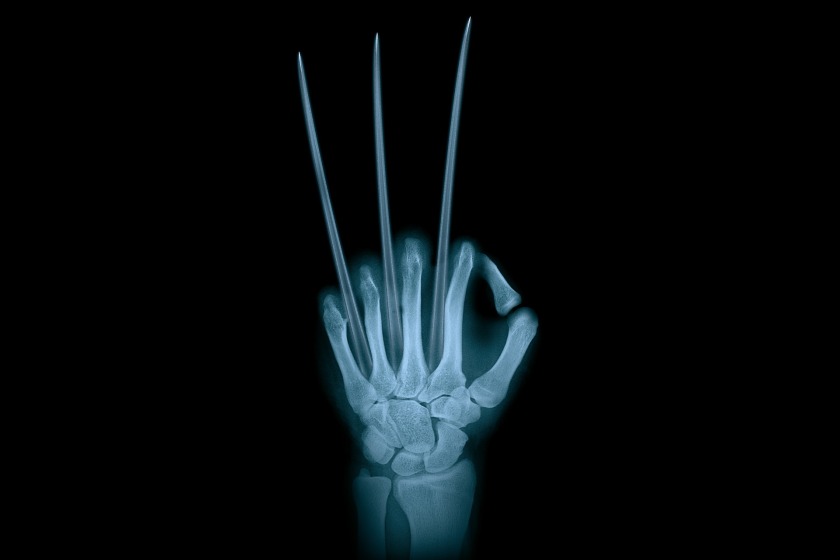 Logan, one of my favorite films of 2017, is a dazzling piece of blockbuster entertainment that says good-bye to Hugh Jackman as our beloved Wolverine in grand, gruesome style.

I’ve been on board with the X-Men films from day one, but there have definitely been ups and downs in the seventeen-year-franchise. I went crazy for the original, and then I even picked X2 as the number one film of 2003 (which, in retrospect, I should’ve given to Lost in Translation). But following the second installment, the only one I’ve enjoyed thoroughly is X-Men: Days of Future Past, and although I’ve always enjoyed Jackman’s take on his character, I thoroughly hated both X-Men Origins and The Wolverine, two films I thought let him down on a narrative level.

Therefore, when I heard that he was making a final go with a standalone film, one with the returning director of The Wolverine at that, I wasn’t overly excited. But then I heard it was going to be R-rated, and that it was to officially be Jackman’s last turn as the character. I thought maybe it could be better than expected. It’s actually much better than expected, a comic-book film that works in almost every way, a superb futuristic re-imagining of the character in a hard-edged, brutal world where Logan is damaged and furious and ready to unleash his rage on all those who wrong him.

I was taken aback at first at just how gory and explicit this movie in, but once you recognize the entirely different tone, setting, and overall feeling this movie exudes versus the others, it doesn’t take long to sink into what is from beginning to end a stunning achievement. Especially considering the disaster that was 2016’s X-Men: Apocalypse, this is a return to form for the series that in some ways make me want the films to end on this note, because I can’t imagine anything X-Men related coming close to this in the near future.

The film is of course shocking in its brutality, with Logan severing heads and slicing away at abdomens in a way that produces not mere bodies falling to the ground but an endless splattering of blood that would be perfectly suitable for an eighties horror movie. But if all Logan had was the hardcore violent factor, nobody would care. The reason people are paying attention to this one is that it’s great. It brings nuance and depth to characters we’ve loved for so long, showing them at their weakest and most vulnerable. There’s a real sense in watching this movie that Patrick Stewart and Jackman are completely invested in getting this one right, both of their performances never better in the franchise than they are here.

Scene after scene builds in tension — the attack on the farmhouse is particularly suspenseful — everything leading up to a fitting ending for the character that could not have been handled better. It works because it’s not sentimental, not melodramatic; it feels earned, allowing the character to go out with the courage we’ve come to expect from him since the very first film. Logan is the best X-Men movie next to X2, and is in a class of its own in the current climate of comic book movies.

The biggest takeaway from Logan is that when working in comic book storytelling, it’s important not to just tell the same old talethat everyone has seen before but give readers and audiences something new, something potentially dangerous, something completely unexpected. That’s what we definitely get with the superb film, Logan.

If you had to write a piece of fiction about a superhero, how would you make the story fresh and original?