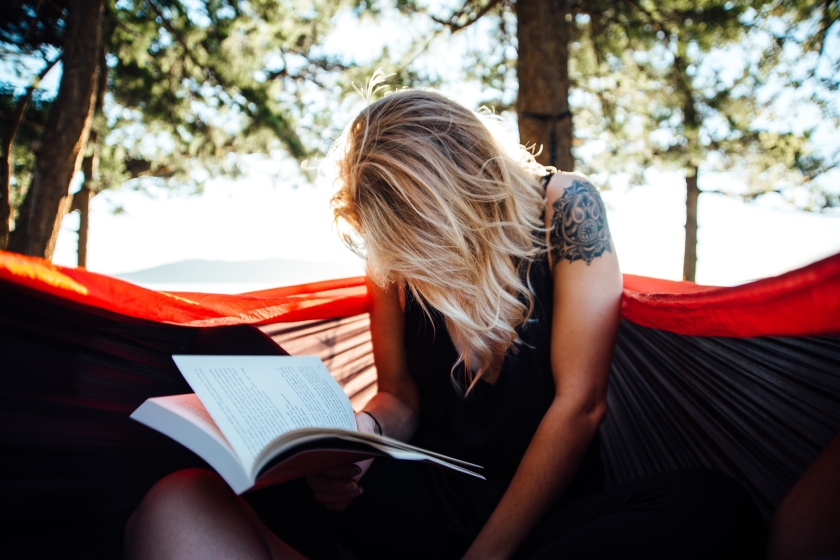 It happens every year. A movie I’m looking forward to opens to dismal reviews, and then my excitement quickly drops. When I first heard about a new science fiction movie being made with Chris Pratt and Jennifer Lawrence as the two leads, I was intrigued. When I saw the fantastic official trailer a couple of months ago, I was floored, stoked. I was as excited for Passengers as I was for Rogue One! I’m all for a good science fiction yarn, and I was particularly happy to see a blockbuster movie that wasn’t based on anything, one that wasn’t a sequel or a remake or a rehash. But then the bad reviews came out, and I saw the rotten rating on Rotten Tomatoes, and my heart sank. I figured this movie was going to be a big fat disappointment.

And yet Passengers is anything but. I loved this movie. I was engaged in its story, its characters, its look, its entertainment from the first scene to the last in a way I rarely am in a big-budget studio movie. Is it perfect? What movie is. I’ve done my best to avoid actually reading any of the negative reviews this week, and as I write this I’m genuinely intrigued to see what everyone hates about Passengers. I did catch that someone hated the final scene, which, I agree, is a little too cute, but does it ruin the film?

Not in the slightest. And the other little bit I read was that people have been upset about an early twist in the movie that the trailers never touched on. Yes, there is a dark element to this movie that the advertising stayed away from, but you know what? That early twist is what, to me, made this movie interesting. It’s the kind of unusual narrative turn that you don’t see often in hundred-million-dollar movies made for large audiences, and I was impressed by it, not turned off by it, mainly because the controversial decision starts with him, while the consequences, and that final important decision, end with her.

Many of you are probably familiar with the set-up. Chris Pratt’s character, Jim, is one of thousands traveling on a spacecraft that’s hurtling toward a distant planet, when he wakes up from his long sleep — the problem is he wakes up ninety years too early, the only person this happens to on the entire spacecraft. He tries to find a solution to go back to sleep, but nothing works, and ultimately he faces the reality that he’s going to spend the next ninety years alone on this ship. Enter Jennifer Lawrence’s character Aurora, a writer, who also wakes up, and together the two form an intense love and bond over the next weeks and months as they try to pass the time and also solve the many problems that spring up on the spacecraft.

The last few years has seen a great renaissance for entertaining and thought-provoking science fiction films. Starting the trend was 2013’s Gravity, my favorite film of 2013, one that featured Sandra Bullock in her career-best role. Then there was Interstellar, and The Martian, and then Arrival, which is a stunning achievement every which way you look at it.

Passengers isn’t absorbing and thought-provoking the way Arrival is; it’s more of a general crowd-pleaser, particularly in the last forty minutes or so when the action scenes take over. But I loved Passengers just the same. When I sit down for any movie, I want to be taken away and be told a compelling story, and I always know a movie is working when at a certain point I actually forget I’m watching a movie. It doesn’t happen all the time anymore, but it happened in Passengers; I became so invested in these characters and in this narrative that at times I forgot I was in a theater looking at a giant screen.

The story is terrific, the kind that you’re able to put yourself into and try to figure out what you would do in such an unthinkable situation. That early twist involving Aurora’s character waking up I won’t reveal, but it’s a twist that I found fascinating, one that offers the kind of question that anyone in Jim’s position would ask himself sooner or later. I’m not interested in a movie where the main characters act as they should; I was taken by the decision Jim makes, and it made the inevitable reveal later in the movie, one that completely changes the dynamic between Jim and Aurora, all the more fascinating. The action is superb at the end, and the overall look of this film is crisp and gorgeous, with some of the year’s best special effects by far. But it’s that early twist that really made me taken by this film.

Passengers is a great piece of work, directed by Morten Tyldum (2014’s The Imitation Game), and written by Jon Spaihts. Apparently the screenplay was on the Black List, the list of best unproduced screenplays, for years and years, and it’s easy to see why so many were attracted to this material. It’s a terrific concept, well executed on-screen. The script and director were also able to attract two of the hottest stars in film right now — Pratt and Lawrence — and not only do they have a genuine chemistry together, but they also add layers and depth to their characters, particularly Lawrence. She got a little lost I think in the last two Hunger Games movies, but here she is vibrant and sexy, vulnerable and commanding. This is my favorite performance of hers in awhile, in a movie that I am not ashamed to say I genuinely loved. Don’t believe all the reviews that dismiss Passengers. If you want a great, thrilling time at the movies, it’s well worth seeing.

Passengers makes me think about big concepts in my writing, the kind that I can tell someone in one sentence in an elevator and get them hooked. This film has that kind of hook, one that makes you want to hear more. The great thing about the movie is that it goes beyond that initial high concept and takes the viewer to many surprising places, but often a solid film begins with that concept, and it made me think about how I’d pitch my own stories and novels if I could only do it in one sentence.

Look at your work-in-progress and try to sell it to me and others in a log-line, just one single sentence that tells us the main concept of your work. What would it be?