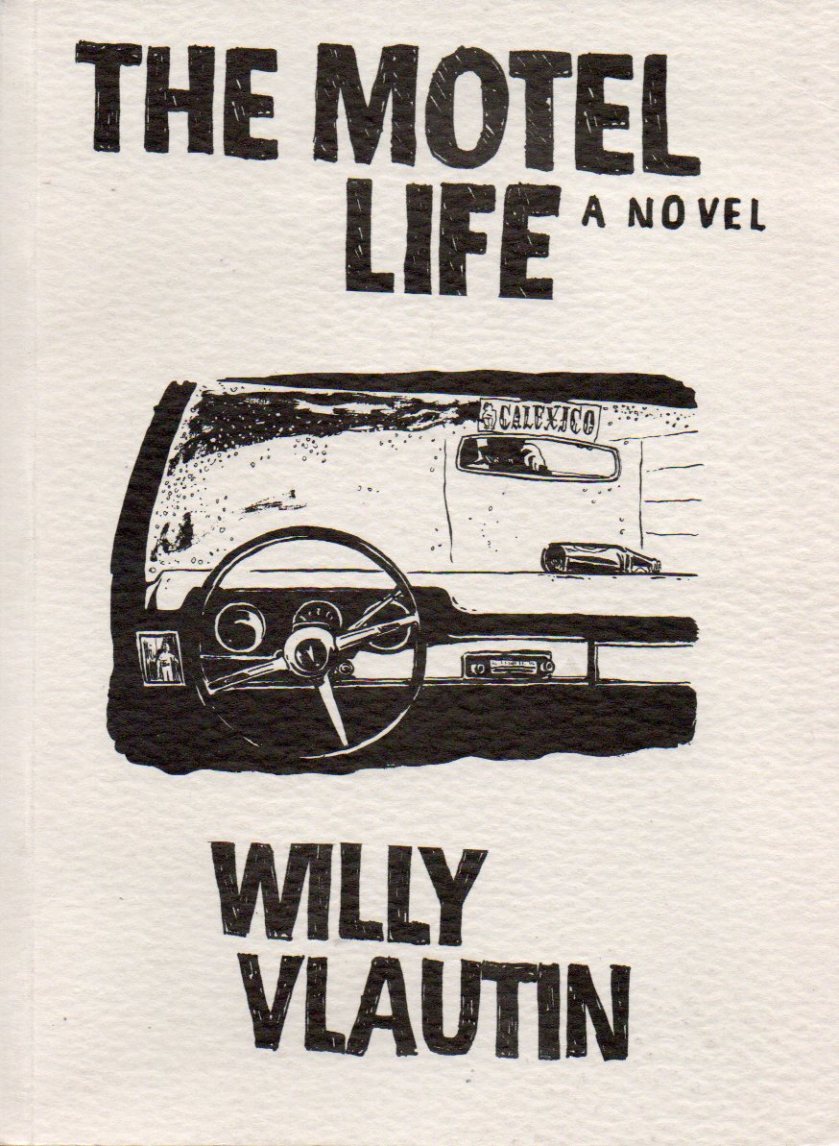 It’s rare to find great works of literature that feature my hometown of Reno as a backdrop, but The Motel Life is one of them.

I have been aware of The Motel Life ever since I heard that a film, starring Emile Hirsch, Stephen Dorff, and Dakota Fanning, had been made based on Vlautin’s book, so I picked up a copy at the local Sundance Bookstore, meaning to read it when I found the time (it’s not too lengthy, after all).

Yet the book remained unread on my bookshelf for the longest time, that is until a friend of mine talked about how great it was and so I finally gave the book a read. I devoured it in under two days and loved it, and I found that the book did a great job presenting Reno as a unique, somewhat seedy, and altogether fascinating city.

The novel opens with Jerry Lee stumbling into his motel room and telling his brother Frank that he accidentally hit and killed a kid on a bike who was crossing the street at four in the morning. How many towns would be appropriate for this kind of circumstance? The first page has a picture of the beautiful “Biggest Little City in the World” sign, the kind of monument that attracts tourist, but what’s happened to Jerry Lee is anything but pretty. If you’ve been in downtown Reno, in some of the shadier areas, during the winter when snow and ice are present 24/7, it’s easy to imagine this kind of scenario.

The brothers, both down on their luck and living apathetic lives, flee Reno for Montana, but both guys eventually make their way back to Reno. Is this city a place they like to call home? No matter what happens, even when Jerry Lee mows down a teenager and lives to pay the price, he still can’t manage to get out of Reno.

There’s a great scene at the Halfway Club on Fourth Street — it’s rare to read about a restaurant in a novel I’ve actually been to and enjoyed — where Frank has lunch with his boss and talks about the loss of his mother. The boss assumes he’s sixteen, but Frank says he’s fifteen. “I hired you were you were fourteen?” the boss asks. “Yeah,” Frank says. Then the boss laughs and shakes his head. In this novel Reno represents the kind of city where a man could hire a fourteen-year-old by accident but later, in an old-school Italian restaurant, do nothing but laugh about it.

And later in the novel there’s a scene that felt like a moment out of my own life, where Frank reminds himself of a time when he and Jerry Lee would sit in Reno casinos, like the Fitzgeralds and the Cal Neva, and make up stories about the strange people who passed them by. Reno gets a lot of weirdo people from all over, specifically in the casinos, and trying to guess what each person who walks by is like is something any rational Reno local would partake in from time to time.

In the conversation with Willy Vlautin in the back of the book, he’s asked what kids do for kicks in Reno, and he says, “The town has a great underbelly. I’ve always been attracted to that side of life, so being born there was a serious stroke of luck.” The author is clearly attracted to the underbelly, as he displays it so well in The Motel Life. I’m interested in reading more of Vlautin’s work, and I’m also now, having read the conversation with him in the back of the book, interested in checking out some of his music, too.