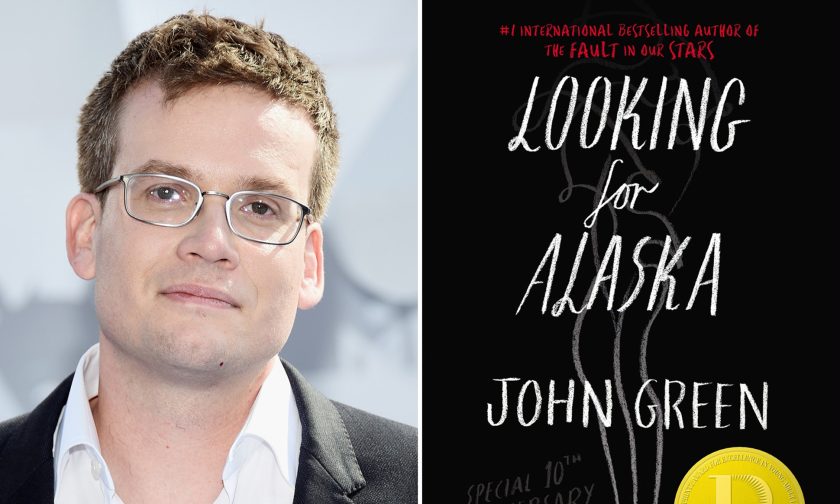 I have written mostly YA fiction since the beginning of my writing career, and one of my favorite YA reads, the first of John Green’s books I ever checked out, is his 2005 debut, Looking for Alaska.

What a touching, funny book this is, and never in an obvious way, either. John Green’s writing is engaging from beginning to end, with characters that feel real, from their dialogue to their behavior to their screw-ups to their worries and fears.

Miles, aka Pudge, is an extremely flawed leading character but always earns our sympathies, and Alaska is written as a smart young woman with wit and sass, and not as merely a sexual object. The arc of her journey is magnificent.

And then there’s Chip, aka The Colonel, who provides hilarious comic relief. A scene where he explains his relationship with his dad was so funny that I did something I’ve never done before: take a picture of a paragraph. The sentence about the paperback books made me crack up so much I thought I was going to die. Here it is below…

When I started reading the book, I thought I had the “before and after” device pegged from the get-go: I knew the “before” section was going to be the relationship between Miles and Alaska leading up to their first sexual encounter, and the “after” was going to be how their relationship progressed after the awkward (potentially inebriated) evening spent together.

Boy, was I wrong.

The device turned out to be a surprise, and it certainly made the last third of the book an even richer and more emotional experience than the first two thirds.

John Green’s books have been praised to the high heavens, and rightfully so: his characters pop off the page, so much so that at times you feel like you’re literally sitting beside them, existing with them in their world.

Looking for Alaska made me laugh and cry, and I don’t say that lightly; most books don’t make me do either, let alone both. This book is simply amazing!