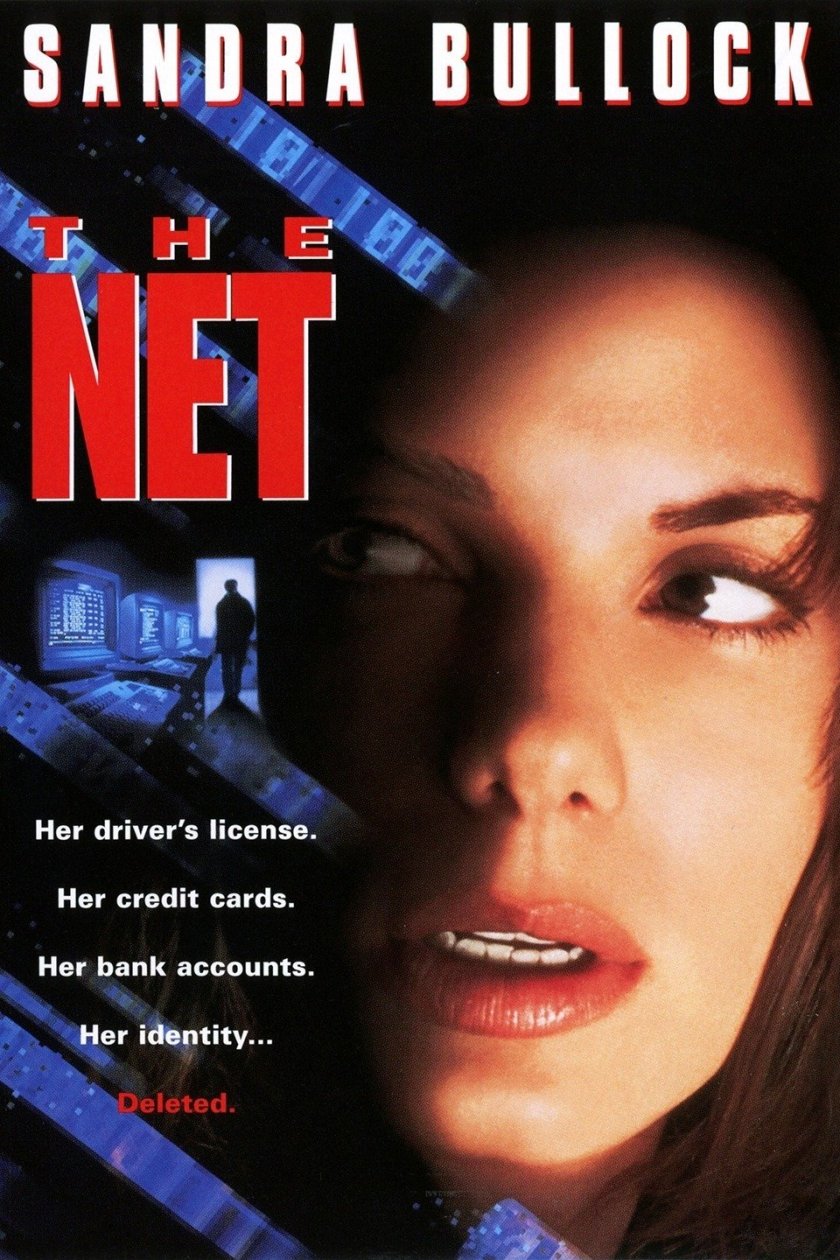 The Net might not be one of Sandra’s best films, but for fans of the Oscar-winning actress, it’s one of the most entertaining.

While Sandra is known for her romantic comedy, action, and dramatic work, she’s also made a handful of thrillers — The Net, Murder by Numbers, and Premonition — and The Net is easily the best of the lot. The movie is all Sandra all the time for its nearly two-hour running time, and it’s a great joy to watch as this was really the last film she made before she launched to the A-list. Another fun element to the movie is its primitive view of the Internet, which in 1995 was only just beginning to take over everyone’s lives. Sure, it’s hokey and mostly predictable, but The Net is loads of fun, definitely one of the greatest guilty pleasures of the mid-90s.

Sandra plays Angela Bennett, a computer software analyst who works out of her home in Los Angeles, and barely sees or speaks to anybody in town, including her own neighborhood. Her only family figure nearby is her mom (Diane Baker), who (conveniently) suffers from amnesia. When she takes her first vacation in six years to Mexico, she befriends a traveling Englishman named Jack (Jeremy Northam). It turns out he’s not interested in romancing her, but instead wants a computer disk that has information that could destroy his employer’s company. But before he can kill her, she escapes, and wakes up a few days later, without her passport, credit cards… not even her real name. Back in the US, everyone thinks she’s Ruth Marx, not Angela Bennett, and soon she starts fighting not just for her life, but also for her identity.

1995 has to be considered Sandra’s best year for movies until 2000, when 28 Days and Miss Congeniality both came out within a few months of each other. After the release of Speed, Sandra’s follow-up projects needed to be films worth getting excited about. What did she give us? The charming romantic comedy While You Were Sleeping, followed three months later by The Net. Both films did better than expected at the box office and delivered on the promise of Speed.

The movie itself has its ups and down. Unlike her other thrillers, though, the good outweighs the bad. Take a look at 2007’s Premonition, for example, which gives Sandra more screen-time than possibly any other movie she’s made, but also gives her almost nothing to do. In The Net, which has a better, more involving story than Premonition, Sandra often uses her brain more than her body to solve the central mysteries of the plot, and she gets the acclaimed English actor Jeremy Northam to play off of in one riveting scene after another.

The best material in The Net is in the first thirty minutes and the last thirty minutes, when Sandra gets to showcase how well she can captivate an audience. Few actresses can make typing at a computer seem interesting, but Sandra somehow makes it happen. In the last two major suspense pieces of the movie, where Angela is trying to copy incriminatory files to a disk to send to the FBI, there’s barely a moment to breathe for the viewer, and, even watching it from our modern world today, this sequence remains exciting stuff.

Would anyone consider The Net one of the better thrillers of the last twenty-five years? Probably not. It offers a now goofy look at the Internet circa 1995, and the plot doesn’t head into any original territory — this is a basic thriller, competently shot, edited, and directed, but nothing more. It’s Sandra’s winning performance that saves the day, giving the movie a reason to still exist in people’s minds all these years later. Sandra would go on to stumble a bit in her career in the next few years, but The Net marked her third major success in a row, firmly cementing her status as Hollywood’s newest female superstar.

Sandra’s love interests in Speed, While You Were Sleeping, and The Net are all named Jack. At least they mixed it up a little in A Time To Kill, when the love interest was named Jake.

The game that Sandra plays at the beginning of the movie is the Apple version of Wolfenstein 3D.

One of the few PG-13 rated movies to use the f-word in a sexual context.

The film was followed by a 1998 TV series starring Brooke Langton and a 2006 direct-to-video sequel The Net 2.0, starring Nikki Deloach. Neither was a success.