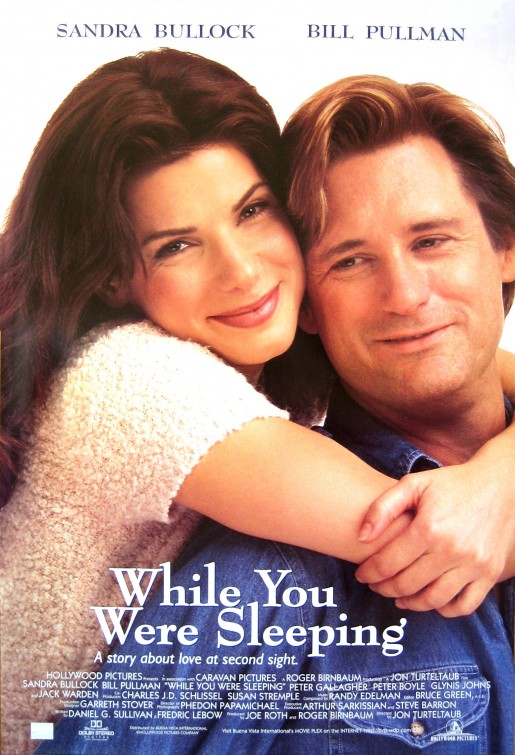 Once an actor hits it big, the next few choices of his or her career are extremely important. Many actors have appeared in a blockbuster, only to make five bombs thereafter, effectively ending a career before it ever really began. Sandra could have appeared in another big action movie, but she did the right thing by switching genres for her next outing, and picking a project actually worthy of her talent that made us fall in love with her all over again. While You Were Sleeping, released in April 1995, gave Sandra her first chance to truly carry a movie, and she does so in every respect — to this day, it remains her best romantic comedy.

While it’s talky, schmaltzy, and fairly predictable, While You Were Sleeping is one of the few comedies Sandra has made where the movie mostly exists to showcase her charm. It has a cute story, about a token booth fare collector named Lucy who saves a handsome man Peter (Peter Gallagher), whom she’s fallen in love with but has never met, after he falls on the train tracks. He enters a coma, and the man’s family mistakenly thinks that Lucy is his fiancée. Surprising to her more than anyone, she becomes part of the tight-knit family. To complicate things further, she starts to develop feelings for Peter’s brother Jack (Bill Pullman).

While You Were Sleeping is breezy entertainment, complete with a genuinely fantastic cast. Not only is there Pullman, in his short-lived leading man phase in the mid-1990s, but there’s also Peter Boyle, Micole Mercurio (Sandra’s co-star in Wrestling Ernest Hemingway), Mary Poppins’ Glynis Johns, and the great Jack Warden, whose scenes with Sandra are particularly warm and comforting.

While there are many positive qualities to Sandra’s later romantic comedies, like Two Weeks Notice and The Proposal, nothing she’s done has felt as effortless as While You Were Sleeping. It’s not perfect by any means, and watching it today, it’s easier to be more cynical about the proceedings. Most annoying of all now is that occasionally awful music score that sounds like it was bought from the upbeat cliché shop. Lucy’s apartment friend Joe Jr. (Michael Rispoli) is used probably 200 percent more than he needs to be, and the amount of coincidences throughout the movie are staggering.

But if you want to turn off your brain for an hour and forty minutes, you could do a lot worse than While You Were Sleeping. It’s probably Sandra’s most likable movie, with one of her finest performances. This film marked her first of five Golden Globe nomination (she would go on to win in 2010 for her performance in The Blind Side), and it was also hugely popular, pulling in nearly $200 million worldwide. Julia Roberts turned the part of Lucy down, as did Demi Moore. Thank Heavens they did, because it’s difficult to look at this movie thinking of anyone but Sandra in the lead role. It’s her show for nearly two hours, and we wouldn’t want it any other way.

1995 turned out to be nearly as good a year for Sandra as 1994, as she made not one but two blockbuster hits. By the end of that summer, Sandra was an A-list megastar, and although Speed put her on the map, While You Were Sleeping pushed her into leading lady territory. By 1996 she was making $6 million for a supporting role in A Time to Kill, and in 1997, she earned a whopping 12.5 million for her Razzie-award-nominated turn in Speed 2: Cruise Control. But more on those movies in a bit.

For now, check out While You Were Sleeping. It’s one of the great warm-hearted entertainments of the 1990s.

Best Scene: Sandra reveals to the family at the wedding altar, finally, the truth.

Best Line: “I’ve had a really lousy Christmas, you’ve just managed to kill my New Year’s. If you come back on Easter, you can burn down my apartment.”

Along with her Golden Globe nomination, Sandra was also nominated for an American Comedy Award for Funniest Actress, and two MTV Movie Awards, for Best Female Performance and Most Desirable Female.

The original screenplay was about a woman in a coma and a man pretending to be her fiancé.

Nicole Kidman auditioned to play Lucy. While she didn’t get the part, she did end up beating Sandra at that year’s Golden Globes ceremony, winning Best Actress in a Comedy / Musical for Gus Van Sant’s To Die For. Of course she would also go on to co-star with Sandra in Practical Magic. 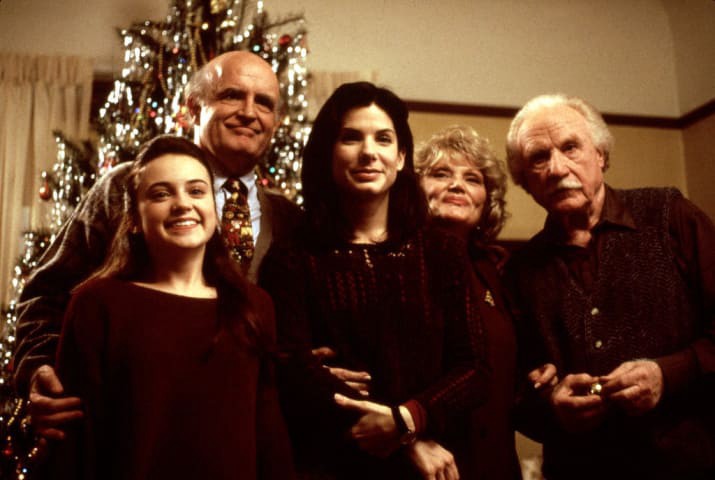