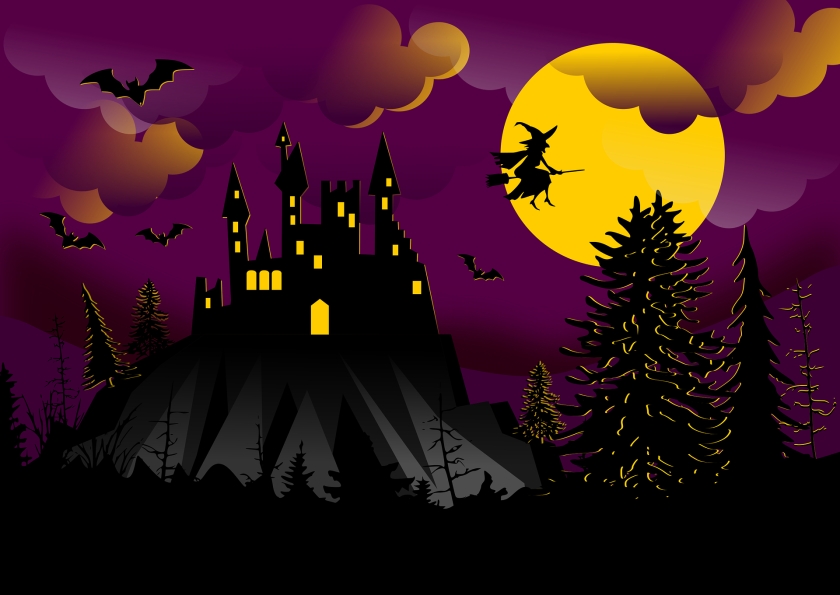 During the last three years, I’ve been slowly making my way through a re-watch of my all-time favorite TV show, Buffy the Vampire Slayer. Here are my thoughts on the Season 7 episodes!

The FINAL season premiere is… not one of the series’ best. Joss Whedon wrote this episode, and there is of course some fantastic moments, like Willow and Giles in England, and a few genuine jump scares, but overall, this feels like a return to a middle-of-the-road season one episode, which this final season of Buffy, my least favorite of the series next to season one, ultimately feels like, aside from a few bright spots. Although that final scene that brings back ALL the big bads of the series is freaking AWESOME!

Such an unmemorable episode that I have almost no memory of this one less than two weeks since having watched it. As I said before, season seven is kind of a slog for the most part, especially in this second episode when Willow still hasn’t returned from England and little tension is to be had.

This is a solid episode that focuses on Willow’s return to Sunnydale, where she’s invisible to the Scooby Gang, except for Anya. The creature is super creepy too. There’s a definite sadness to Willow not knowing where her friends are for most of the episode, although it’s hard to follow at first how they can be in the same place at the same time physically and not see each other. Overall, good.

This so-so episode is made better because of the performance by Azura Skye, who does a great job in her guest starring role as a student who knows she’s going to die in a few days, Buffy unable to stop it. A little slow in parts, but the tragic ending works.

There are three stand-out episodes in season seven: the series finale Chosen, Conversations with Dead People (which I’m soooo looking forward to), and this, Selfless, an episode that shows Anya going berserk on a bunch of college jocks and then battling Buffy in a violent duel. Throughout the episode we get glimpses at Anya’s life, my favorite being a return to the Sunnydale Musical from 2001, where Anya belts out a brand new tune Joss Whedon wrote for this episode, I Will Be His Mrs! Emotional, funny, tragic, compelling. THIS is what Buffy is all about.

One of the best later episodes of Buffy is followed by one of its worst, a tired and silly episode where Dawn, Buffy, and others get struck with a love spell, a story that’s been much better at least once before on the series (with Xander). This episode seriously felt two hours long, which is a rarity for this series, in which most episodes seem to fly by. There’s exactly one great stand-out moment in the entire episode: Buffy holding a rocket launcher outside the Principal’s office window!

The last GREAT episode of Buffy the Vampire Slayer until the series finale (I’m pretty sure, at least) which has four storylines, each one written by a different person. Not just creative in its delivery, but also emotional and scary and powerful. The return of Joyce is creepy, Willow’s talk with maybe-Tara is super sad and filled with great drama, and Buffy’s chat with a vampire she used to know as a human at Sunnydale High is one of the highlights of Season Seven.

So, here’s the deal with Season Seven of Buffy. Starting this episode, the show really starts to devolve into a long lull until the series finale. There’s the return of Giles and Faith coming up, and I believe one more stand-out episode called Storyteller (and maybe one with Willow?), but for the most part this last stretch of episodes all start to feel similar to one another, without the typical unique touches painted across each and every episode in the previous six seasons. This is the perfect example of a shrug-worthy episode involving Spike and his possible evil ways… not terrible, none of this season is TERRIBLE, but not that interesting.

Another ho-hum episode where Buffy spends time talking to Spike, and the others talk to Andrew about he might know about the First. It’s all building toward bigger things, but there’s not a moment of this episode in particular that makes for anything memorable or emotionally satisfying.

Giles finally returns to the show (and remains so, I think, until the finale, yay!) but with Giles comes the potentials, the new girls (aka new cast members) who crowd around Buffy’s house basically until the finale. I love the IDEA of the potentials, and I understand the necessity of them being in the show for the rest of the season (the notion that potential slayers from across the world will be able to band together to do what Buffy does), but their personalities are dull, and the addition of a new love interest for Willow is something I have always hated. MAYBE if there had been a season eight, but not for season seven.

This episode works okay because of the epic final fight (although it takes Buffy so long to kill the one creature that it’s a bit silly when she and everyone are easily killing the same creatures in the series finale), but again, the whole endeavor seems to be just setting up things to come, rather than dealing with events pertinent to this one episode.

At this point, with about ten more episodes to go, you can really start to feel Sarah Michelle Gellar becoming bored with this material, like she’s already got one foot out the door… ready to go act in Scooby Doo 2: Monsters Unleashed! Part of the frustration in these last episodes is the abundance of speeches Buffy gives to the potentials, always so overwritten and saccharine, not as natural as most dialogue in Buffy.

Solid season 7 episode, one of its best, that has Willow kiss Kennedy and then turn into Warren in front of everyone. This is, I believe, the last episode of the show that deals with Tara’s absence, and the ending of Willow weeping about forgetting about Tara is so poignant and beautiful.

So-so episode that in most ways just feels like filler for bigger things to come. Wood’s vengeful plans for Spike are kind of interesting, but overall not a whole lot happens here to warrant interest.

I love Andrew and this episode is a lot of fun, with Andrew walking around documenting everybody, instead of merely staying quiet in the background. Love that slow-motion shot of Buffy and Spike embracing. Not as creative as that Jonathan-centric episode where everyone loves him, but still a nice change of pace from a couple of the clunky previous episodes.

Lies My Parents Told Me ***

Solid episode where Principal Wood tries to kill Spike, complete with delightful flashbacks to when Spike was first turned by Druscilla, and to when he killed Wood’s mother. However, to me, the most compelling aspect of this episode is Buffy’s rapport with Giles, which takes a nasty turn at the end when she shuts the door in his face.

The first episode is truly concentrate on the end-of-the-world horrors to come in the finale, with the villain Caleb arriving in Sunnydale to let loose, and FAITH back in the show for its final five episodes, woo hoo! Love Faith and the energy she brings to show. The finale is super intense, with two of the Potentials getting killed, and Xander getting a thumb through his left eye. This Drew Goddard-written episode is solid all the way around.

I’ve said it before and I’ll say it again: I think Buffy Season 7 would have been perfect at 13 episodes, essentially repeating the amount of episodes of Season 1. At 22 episodes, this season feels too thin, too stretched out, and instead of the final few episodes being rousing and exciting, there’s too many long speeches and unnecessary padding. Outside of the brilliance of the series finale, I’d say the final 10 or so episodes of the series are mostly mediocre.

The final truly quiet episode of the series has some tender moments between Buffy and Spike, but for the most part, again, kind of feels like padding, without a ton of tension or suspense. I also never bought into the Faith & Principal Wood romance, which is given a lot of screen-time here. I wish there was more in the final few episodes of the core Scooby Gang, more terror of what they’re about to face.

The second-to-last episode finally grows in tension, with a fantastic ending fight scene that goes on and on and doesn’t come at all easily for Buffy. Everything is adeptly set up for the big finale, and what better way to close out the penultimate episode than with the reappearance of Angel!

A mostly disappointing final season thankfully goes out with a bang, with the emotional, action-packed, ultra-satisfying series finale. Joss Whedon was busy this final year of the series on both Angel and Firefly and so wasn’t able to dedicate as much time to Buffy as previous years, and it showed, especially in the season’s second half. But he returned for the finale, which, outside of a few lulls and lackluster visual effects, is the final every Buffy fan could have asked for. The final chat with Angel is magical. The Scooby Gang’s last banter before the battle is a wonderful callback to the series’ first episode. Spike’s concluding moment is a tearjerker. Anya’s death is unexpected and shocking, in all the best ways. And the last shot is perfect. PERFECT. It was such a pleasure re-watching this, my all-time favorite show, and I’m confident not too many years will pass before I’m pulled back to Buffy, to this incredible universe I love spending time in. I simply love this series. Buffy the Vampire Slayer forever!!!