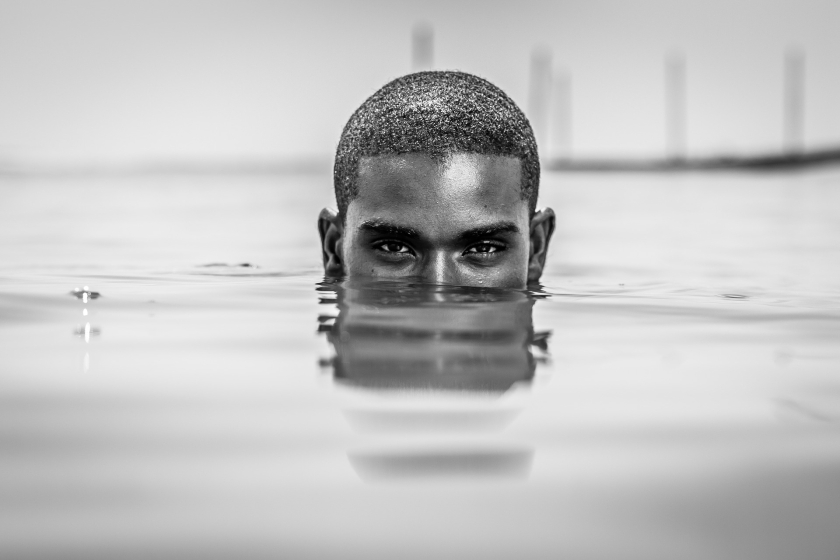 Moonlight is a miracle of a movie, something so original and lovely and daring that I found myself overcome with emotion throughout most of its running time. I’ve become wired lately to expect the obvious in most movies that I see, to expect by-the-numbers plots and phony conflicts, and just hope that some good performances and stylish shots and occasional surprises will pull me through. Moonlight breaks through the monotony of the current cinema landscape. It is a film that I can’t believe exists. It is a film that I can’t believe was funded. It is a film as personal as anything I’ve seen on screen in years, clearly something close to writer-director Barry Jenkins’ heart, and something that was a labor of love for everyone involved to tell this emotionally complex coming-of-age story.

Moonlight has (rightly, I think) been compared to Richard Linklater’s Boyhood, and although it shares the similar construction of examining a character as he grows from a child to an adult, Moonlight is an entirely different experience that goes even deeper into the psyche of its protagonist. Chiron is the lead character who we see at three different ages — nine, sixteen, and mid-twenties. At nine, Chiron (Alex Hibbert) has to fend off bullies and tolerate an abusive mother Paula (Naomie Harris). He’s most comfortable when he spends time with his best friend Kevin (Jaden Piner) and a drug dealer Juan (Mahershala Ali). At sixteen, Chiron (in the second segment played by Ashton Sanders) is still a pushover nerd, tall and awkward, still endlessly bullied. His mom is now a crack addict, and he can’t find a way to be his true self, until one night he and Kevin (now played by Jharrel Jerome) share a kiss at night on the beach. In his twenties, Chiron (played in this segment by Trevante Rhodes) takes a drive to see Kevin (now played by Andre Holland), who he hasn’t seen in years, and the two have a final confrontation that is altogether surprising and illuminating.

Where to begin with the ways I love this movie? First, let’s look at the structure and why it works so well. Unlike Boyhood, which jumps ahead a year every fifteen to twenty minutes (with no specific title card on screen to alert you), Moonlight focuses on three different time periods in Chiron’s life, each one given about forty minutes of screen-time. Although I’ll always love the way Boyhood uses time to tell its story, the different structure in Moonlight allows for even deeper insight into its protagonist, due to the extended periods of time we get to spend with Chiron and his often tumultuous surroundings. When we visit him for a third time in his twenties, there is an immediate sadness and yearning in the character that comes through without Chiron even having to say a single word, the heartfelt moments in that final, exquisitely executed sequence so incredibly powerful.

Second, the film wouldn’t work as well as it does without its pitch-perfect performances, and without the remarkable casting job by Yesi Ramirez. Moonlight didn’t just need great actors, which it has in all three segments; it needed actors who the audience can believe play the same person at different ages. Boyhood used the same actors for all twelve segments, whereas Moonlight uses different actors for its three segments, except for Chiron’s mother Paula, who Naomie Harris plays for the entire film in a raw, devastating performance. Chiron and his friend Kevin are played by three different actors, and all of them bring nuance and sensitivity and heartbreak to their performances, and also are physically believable as the same characters. Alex Hibbert is a remarkable find as the young Chiron, as he navigates a scary world, and Trevante Rhodes, as the twenties Chiron, may be strong and muscular, but he still conveys the subtle pain the character is still carrying well into adulthood.

Third is the stunning cinematography and use of sound and music in the film. For an independent movie made on a low budget in a few number of days, Moonlight has beautiful shots that will stick with me far more than most anything in any mainstream movie released in 2016. From the sweeping opening shot that spins and spins, to that perfect closing push-in shot that says so much with so little, this film has an assured and striking look. The cinematography by James Laxton always brings the viewer close to Chiron, the use of muted colors and unsteady camera movement giving the viewer a fraught but ultimately hopeful tone throughout. Similarly the sound design and Nicholas Britell’s haunting music enhances the emotion of the piece, especially toward the end. The use of Barbara Lewis’s “Hello Stranger” in the diner scene may make for the most greatly romantic moment in any movie I see this year.

Fourth and finally, yes, let me praise the romantic element of this terrific film. Rarely before have I seen deep and true love depicted so realistically and unsentimentally on film, not since Linklater’s Before Sunrise trilogy. And not since Andrew Haigh’s Weekend has an LGBT relationship been depicted with the kind of care and depth it’s given in Moonlight. As a gay person I’m always on the look-out for rich, complex LGBT films and Moonlight is something so totally unique that I’ve never seen before and may well never see again, a film about a young African American trying to come to terms with his homosexuality, told over three different time periods. I spent much of 2014 writing a novel called The First Day, about two boys who meet in first grade and go from best friends to boyfriends over the course of twelve years. I wrote the book before I saw Boyhood and before I saw Moonlight, and I’d say my novel blends elements from both films in a way I never could have predicted. Positive, daring, and thoughtful LGBT stories are important, now in the current political climate as much as they’ve been in a long time, and I can’t think of a better film right now worth seeing than Barry Jenkins’ Moonlight. This is a film I will cherish for many years to come.

Moonlight made me think about the use of time in my fiction. A four-hundred-page novel can be set in a single night, and a short story of five pages can be set over the course of someone’s lifetime. Time is something many may not think of in great detail when developing a new piece of fiction, but it absolutely should be one of your top initial concerns. As I mentioned before, my novel The First Day takes place over twelve years, each of its twelve chapters reserved for a specific moment in time. The novel was a thrill to write, and also quite difficult and complex. Moonlight wouldn’t be the movie it is without its startling use of time, and a good piece of fiction can become great if time is used in a similarly creative manner.

Think of a story that could use time to age the characters in a meaningful way. Who would be your protagonist, and how would he or she change over the years or decades?