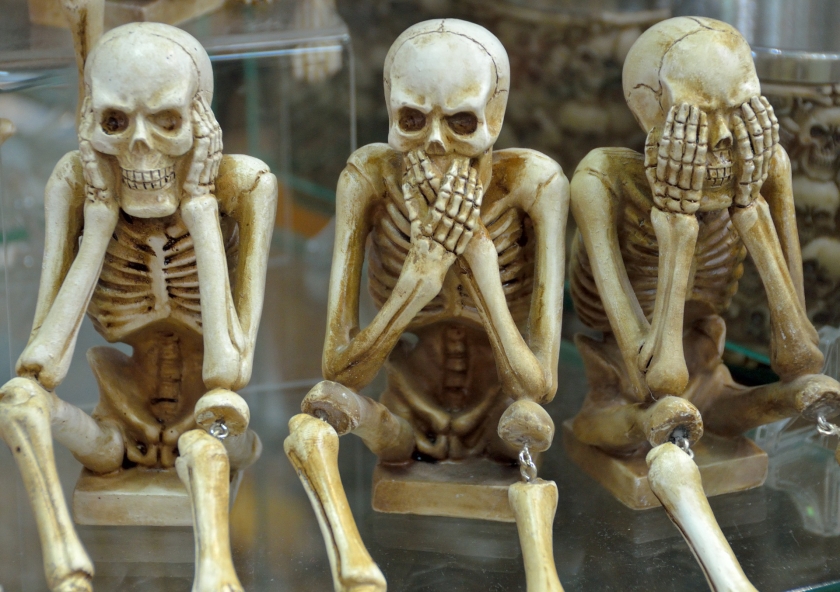 In the early 1960s, the horror film genre needed a kick in the ass. Despite many of the landmark gems made in the 1930s, like the great Universal Monster movies, there were very few influential horror films released in the 1940s and 1950s. There was the occasional diamond in the rough, like Cat People in 1942, Dead of Night in 1945, and 1955’s chilling Diabolique, but for the most part, horror cinema was not in great shape at the end of the ‘50s.

Cue the new wave of terror. 1960’s Psycho changed the way we looked at films forever, and Alfred Hitchcock’s follow-up The Birds is equally memorable. I recently watched 1961’s ghost story The Innocents for the first time and was absolutely enraptured from beginning to end, and Herk Harvey’s sole feature film, 1962’s Carnival of Souls, has also become a favorite of mine, a predecessor in many ways to Night of the Living Dead. The early ’60s was a fascinating time for horror, and one of the best of this period is the subtle and eerie The Haunting, released in 1963, based on the classic 1959 Shirley Jackson novel, The Haunting of Hill House.

This film is the classic example of providing fear in its viewers in what you don’t see far more than what you do. There is never a moment throughout this film’s running time where ghosts jump out from dark corners and shout, “Boo!” This is a horror film that relies on tension, suspense, and dread, never violence or gore. The opening scene tells us this, through ominous shots of a large archaic house and a creepy voice-over that tells us how the place has stood for ninety years and might well stand for another ninety. We get quick introductions to the four characters, all about to settle in at this house for a few sleepless nights, led by the paranoid Eleanor (Julie Harris) who believes she’s meant to be in the spooky estate.

I was struck by how effective this film still is in the fifty-three years since it was first released. Watching it late at night by myself, despite my having been an avid fan of horror movies for many years and knowing many of their secrets and tricks, The Haunting still managed to scare me on more than one occasion. Again, it’s not any “boo” scares in this one. It’s the ominous tone, the sound design, the looks on characters’ faces when they see or hear something unusual. The best scene features Eleanor in her bed, listening intently to a conversation taking place on the other side of the wall. She slowly realizes the people talking are not any of the other three in the house, but others… ghosts maybe? The camera stays fixed on her face while the viewer tries to make sense of what she’s hearing, and what we would do in that situation.

One element of this film that fascinates me is that it was directed by Robert Wise in between his two Best Picture-winning musicals, 1961’s West Side Story and 1965’s The Sound of Music. Those are two movies, however acclaimed and entertaining they may be, that do not set a single audience member up for what Wise managed to do stylistically in The Haunting. Those two films are big and bold and colorful. The Haunting is quiet and subdued and stark black-and-white. Those two films are full of song and dance, while The Haunting uses sound entirely different. Wes Craven talked all the time about being typecast as a horror director, and most directors of contemporary genre films would probably admit the same. How Wise fit this superb exercise in horror in between those two musical landmarks is baffling, and also fantastic.

The Haunting is a knock-out from beginning to end, and if you’ve never seen it before, it’s one of those great pleasures that will stick with you for many weeks after watching it. One reason for this is that the black-and-white film was dying as an art form by the mid-1960s, so The Haunting provides one of the last great hurrahs of B&W horror. It also shows a master director at the top of his form and features terrific actors led by the great Julie Harris in one of her signature performances. This film is horror at its best.

What I take away from The Haunting is the idea that I don’t need to pummel readers of my horror fiction with constant monsters wreaking havoc and bloody limbs flying through the air. Successful horror shouldn’t always go for the gross-out; it should more often go in subtle routes, infusing terror and dread in the reader through what’s not shown rather than what is.

Think of a way that you could scare a reader by only suggesting a monster rather than showing it.