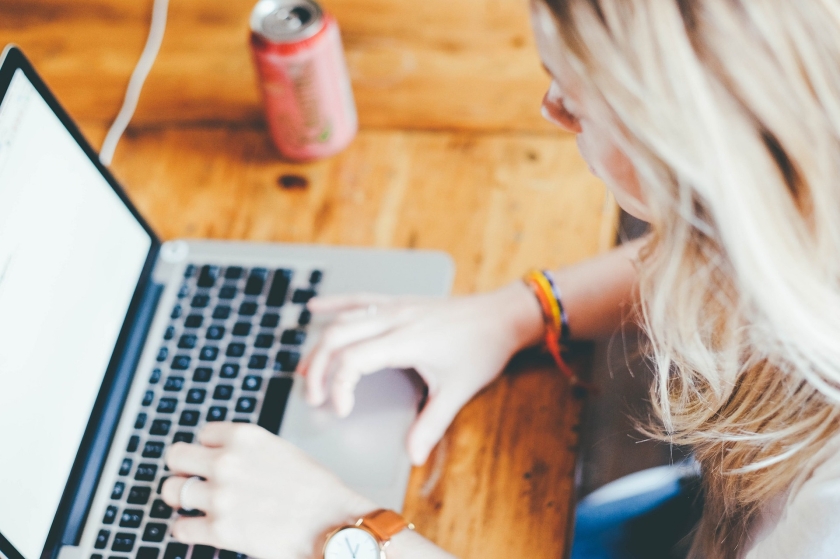 John Gould said something that was interesting: write with the door closed, rewrite with the door open. Your stuff starts out being just for you, in other words, then it goes out. Once you know what the story is and get it right, it belongs to anyone who wants to read it.

Seems simple, right? Well, I didn’t always follow this advice in the beginning, and my work clearly suffered.

A couple of my early novels I wrote with the door open always, essentially writing books I thought might sell or I thought specific agents or readers might be looking for.

The greatest example of this is my YA novel The Vampire Underground, which I wrote in 2011 not because of the huge success of the Twilight series, but to directly go against that success of Stephanie Meyers’ books. I felt bad about vampires. I wanted to make vampires scary again. So I thought of a story and within weeks started writing what I hoped to be a seven-book series. Was I super passionate about that first novel? It was a whole lot of fun, I won’t lie, but never did I feel super connected to that story-line, to those characters. I felt most days that I was writing something that might sell, not something I felt was especially moving or unique to me in particular.

I’ve written 18 novels since 2010, and I hate to admit that a few of them I wrote mainly because I thought they might sell, might be commercial enough to get some interest from literary agents. This is not to say I specifically wrote the first draft in a way that went against my instincts, went against the characters, just to follow some kind of formula that would please the largest number of readers. But I did have my business cap on every day, always thinking about the commercial aspect of the book in the back of my head rather than telling a personal story I’m particularly fascinated by, that means something to me more than just potential book sales.

Now, it’s also important to note that you don’t write and rewrite your book entirely with the door closed either.

I’ve never written a book without some thought put into genre expectations. You can’t write a novel in a vacuum without any regard to market. Well, I guess you can, but I wouldn’t recommend it.

I wrote one book back in 2014/2015 for my MA in English thesis that was in every way a passion project. The story of two young men slowly falling in love over twelve years was a lot of fun to write, and I still adore the project, but I’ve never had any success with it because it’s been my hardest book to pitch. It starts in first grade, and ends in twelfth grade. So… it’s not really a YA. It’s not really a middle grade. It’s not adult either because there’s no older character looking back on his childhood days. So what is the novel? Who would be the potential reader? These are questions I probably should have asked myself before I embarked on a nine-month journey writing and revising that book. The book won an award last year, and I still have hope it might find a home one day. But it’s not looking good.

It might be a case of re-examining that novel one of these days, definitely with the door open, to revise it in a way that makes it either clearly a YA novel, with flashbacks to the elementary and middle school years, or an adult novel where the adult version of the main character is looking back on his younger years. It’s hard, isn’t it? When you have a story you care so much about, and yet have no idea how to position it in a way that might gain interest from potential publishers and readers.

So basically, here’s the thing. First, you need to write the first draft with the door closed.

Write that first draft for you. Tell the story for you, and only you. Tell the story you want to tell. That no one else has taken on yet, that only you can give to the world. Don’t think about querying and markets and commercial prospects as you write that first draft. Definitely understand your genre, your characters, before you get started. Understand the conflict, what will keep your readers flipping through the pages.

And then tell yourself the story. Make it as compelling as possible. Make it compelling… to you.

Second, you need to write the second draft, the third draft, all the other drafts, with the door open.

As you revise, think about your genre, your market. Don’t change something just to appease someone else, but look at your chapters and your plot twists and think about what reader expectations might be. By all means, subvert those expectations! But you should absolutely have your business hat on as you continue to revise, because you don’t want to spend a year working hard only to realize your book is a mix of five genres, making for a confusing pitching process to any potential agent or editor.

At the end of the day, read a lot in your genre, give the first draft of your novel your all, and then spend time making your book the best it can be.

Follow this advice and I guarantee you’ll be ahead of the game.

3 thoughts on “Write Your Best Book with the Door Closed”