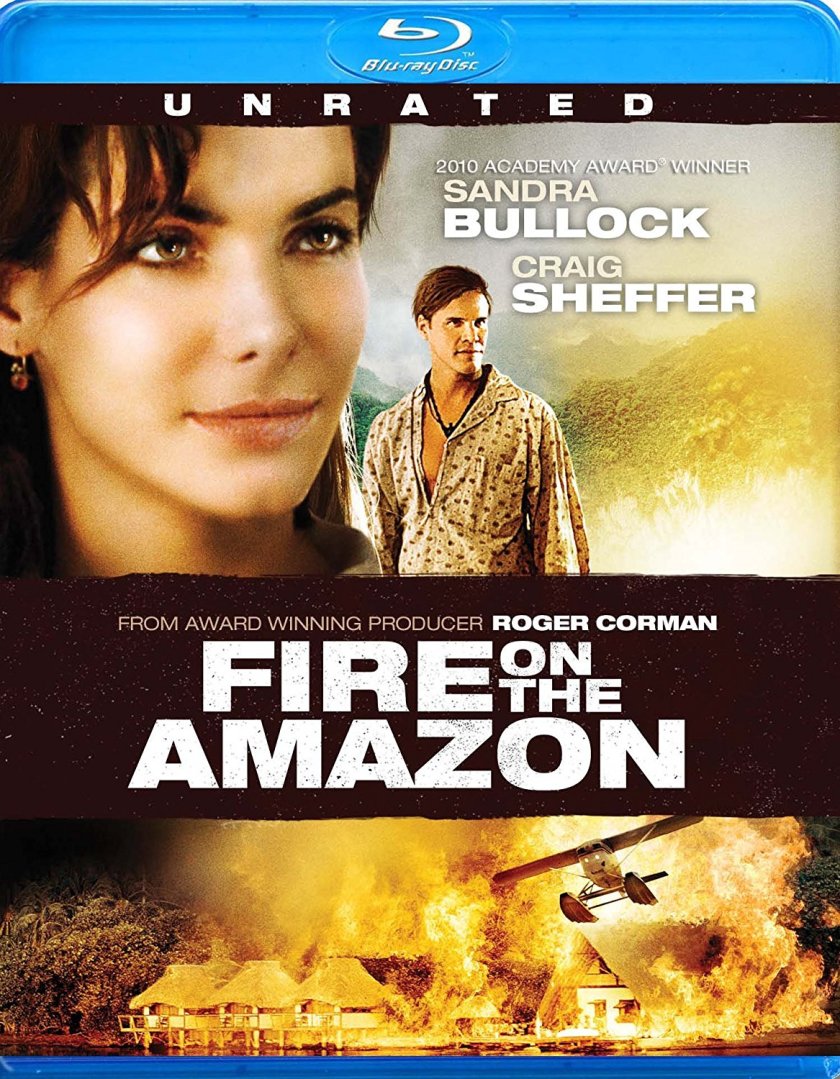 Let’s tell the truth: Sandra has been in some bad movies. Despite her charm and likability, Sandra for many years struggled with picking the right scripts (or, more likely, just wasn’t offered good projects). Of all the movies she has made throughout her long career, maybe six or seven are good, and only three or four can be considered great. She has appeared in many stinkers, like her first movie Hangmen, and the disappointing Speed 2, but very little she has done comes close to the atrocity of the Roger Corman produced Fire on the Amazon. 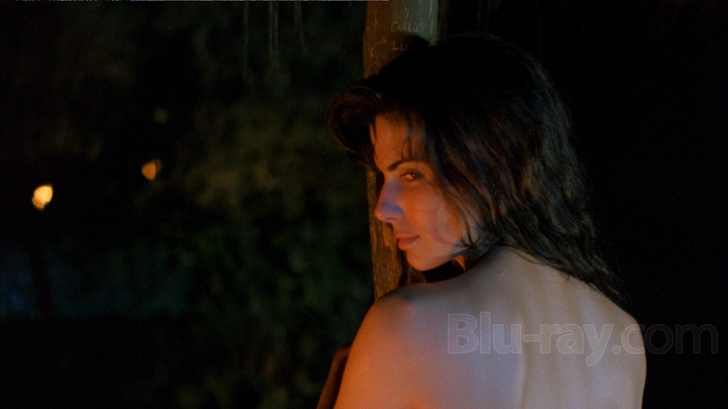 Shot in 1990 but not released until 1993, and looking like it was filmed with a shoddy amateur film camera from the 1970s, this movie is often considered in the Sandra canon as being her one and only “porno” flick. Really, though, the hype surrounding the sex and nudity in this movie is just that: hype. The highly publicized scene in question only lasts a couple of minutes and is much more yawn-inducing than it is titillating. Yet the movie continues to get one DVD re-release after another, with all sorts of different photo-shopped Sandras on their covers. Most annoying of all is the film’s Blu-ray cover, which prominently displays at the top: “Academy Award Winner Sandra Bullock.” Oy, vey.

Sandra plays Alyssa, a rainforest preservationist who teams with a photographer (the creepy Craig Sheffer) to solve a murder by traveling to the Amazon. It tries to be a lot of things at once: an ecological-friendly drama; a passionate, steamy romance; a heart-pounding action film. And yet it fails at everything. Think Troll 2, but without the entertainment value. The only redeeming factor of the film is Sandra’s performance, but even she appears to know she’s in a bomb and doesn’t really try. Of course it doesn’t help that she has a lackluster and downright bizarre leading man to act alongside with.

Although the sex scene halfway through the film is definitely the most interesting aspect to the whole movie, it’s fascinating for all the wrong reasons. There is nothing remotely sexy about this scene. First of all, there are the awkward camera angles. Second, there’s the awful rainforest music. Third, there’s the terrifying Craig Sheffer, who licks and thrusts his way into bad sex scene history. And fourth, Sandra placed duct tape on her breasts just to be certain that the filmmakers wouldn’t show any of her naughty bits. Therefore the scene is cut up into brief, awkward moments, where Sandra looks more miserable about the filming than excited about her horny acting partner. Who could blame her?

Sandra probably wants every copy of this film to be shredded, but it simply won’t go away. To Sandra fans everywhere, it’s considered “that sex film,” and if the movie had been cheesy fun, there might have been something to appreciate here. But as it stands among Sandra’s lousy early work, this is her worst effort by far. It’s too bad in 1990 that this bland project came along, she said yes, she collected her paycheck, and now she has to walk into Best Buys all around the world seeing Blu-rays of Fire on the Amazon promoting the work of Academy Award winner Sandra Bullock. You live and learn, right?

Best Scene: The sex scene, for all the wrong reasons.

Sandra not only placed duct tape on her breasts during the sex scene; she also made the production company sign a contract stating which parts of her were not to be shown.

The director Luis Llosa went on to direct Sylvester Stallone and Sharon Stone in The Specialist, another film with a highly publicized sex scene.