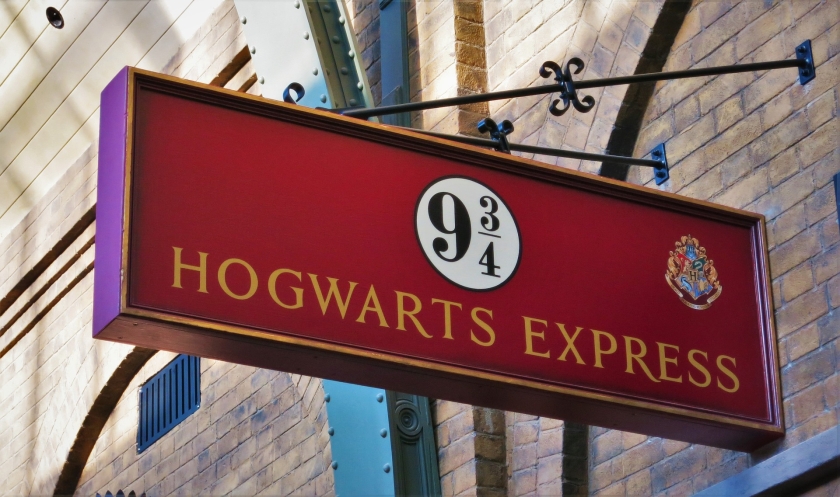 Watching Like a Writer is a movie review series that looks at films from the perspective of a fiction writer, complete with one writing takeaway, and an exercise that will help better your fiction! Each Wednesday I will look at the five best movies of a director, actor, year in film, etc.

Let the controversy of my choices begin. I know of many fans of the films who all-out dismiss the first two Chris Columbus-directed movies, the argument being that they’re aimed at kids, too silly, none of the complexity of the later films presented. But I always found a sense of wonder in the first two movies that’s missing in the last few, and there’s plenty of wonder in Chamber of Secrets, a great companion piece to Sorcerer’s Stone, tonally similar but the slightest touch darker.

Can you believe it’s been fifteen years to the day that Sorcerer’s Stone opened in movie theaters? I was absolutely enraptured when the original film opened, gave it four stars and called it the third best film of the year. Although I wouldn’t rate it that high these days, I still think it’s a fantastic introduction to the world, as good a first entry that could have been made. Columbus doesn’t get enough credit.

If the intro to the world was terrific, the finale of the franchise was even more remarkable. There was so much riding on this final movie that I remember feeling more nervous than excited in the days leading up to its release. There is a coldness to the David Yates-directed films that I never particularly loved, and I was worried that the final installment wouldn’t give me the feels, as they say. But boy it did, in every way, from Snape’s memories, to Hermione and Ron’s first kiss, to that uplifting final scene set nineteen years later.

As much as I loved and still love the first two films, the franchise needed a tonal change in the third installment, especially since the series was beginning to go darker, and Harry Potter was facing the ultimate enemy force — puberty. Enter Alfonso Cuaron, such an inspired directing choice, especially since the film he made before this was the X-rated sex romp, Y Tu Mama Tambien. He gives the film a new look, faster pacing, more turmoil every step of the way. All these years later, this third entry is still a total blast.

My favorite book of the series is Harry Potter and the Goblet of Fire, and if I’m forced to pick a favorite film, I’d have to go with the same. The middle chapter of the saga is my favorite because it’s all there. The innocence of the first two stories, and the darkness of the last few. The world of Hogwarts opens up like it never has before, with tremendously exciting action sequences throughout. And Voldemort at the end is at his spookiest and most mysterious. Mike Newell’s installment has way more rewatchability than the Yates films, and it feels a little bit more mature and adult than the previous three. Again, I love them all, but if I had to pick a favorite, Goblet of Fire would be the winner.

Watching Like a Writer: What I love about Goblet of Fire is how it transitions the earlier more innocent chapters of the series to the darker later chapters. Most would agree that Sorcerer’s Stone the novel is a middle-grade book aimed at younger readers, while Deathly Hallows is absolutely aimed at older teen readers. J.K. Rowling achieved a delicate trick maturing the tone of the books the same way Harry was maturing himself, and this is the book that exists the most in that shaky middle ground.

Exercise! This issue begs the question: how did Rowling effectively transition from the child-like wonder of the first few books to the serious danger and stakes of the final ones? And what could YOU do in your own writing to bridge that gap?