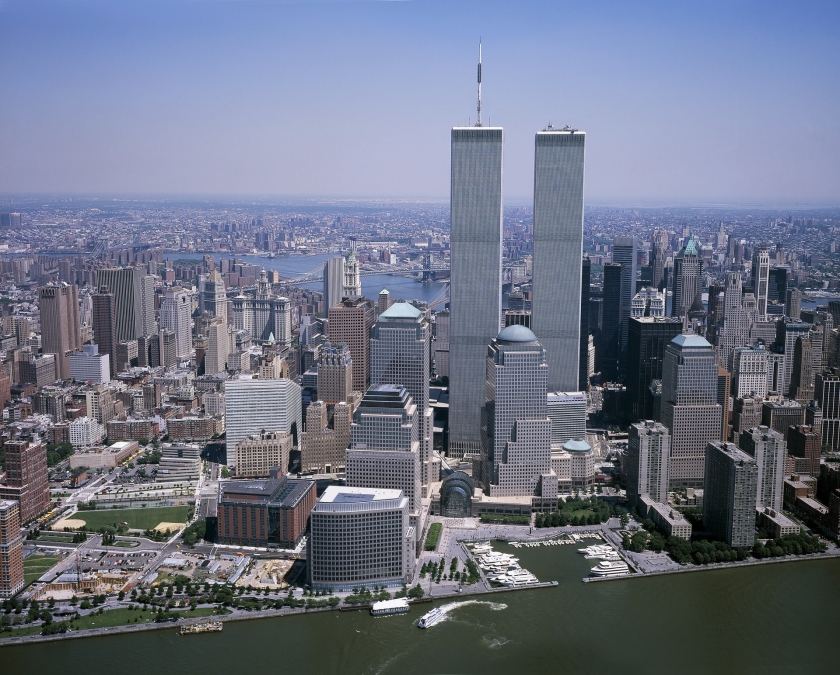 Cameron held onto his mother’s hand with a weak, lazy grip, even though on that hot and hazy afternoon, all he wanted was to have her carry him for the rest of the day. He had been walking seemingly non-stop for six hours, and while he loved the gargantuan park and endless advertisements for Broadway spectaculars, he was ready to go home.

“Mom, can we go back to the hotel now?” Cameron asked, closing his eyes in annoyance as another herd of tourists tried to cut in front of him.

“One more stop, honey,” his mother Marilyn said. “One more stop and we’ll get dinner. Do you want a cheeseburger or a hot dog?”

“Mom, I’ve had a cheeseburger every night for dinner. What do you think?”

Marilyn kept a tight grip on her eight-year-old’s hand while she crossed the busy intersection — she hadn’t planned to have him on the trip with her, but her last two babysitters both lost him while playing hide-and-seek, which first made her question ever letting him out of her sight, and second told how her skillful he could be, now that he was getting older. She had wanted to return to Bakersfield that morning, but the flight on Monday had been so much cheaper that she couldn’t resist staying one extra day.

“Aren’t they spectacular?” She touched her finger against Cameron’s cheek three times, which she always did to capture his attention. She pointed up, and his eyes followed.

The two buildings were too massive for him to comprehend. They could have been thirty stories high, or three hundred stories high.

“Honey, the Twin Towers are two of the tallest buildings in the world.”

“Yes.” She tugged him toward the left tower, but Cameron let go of her hand.

He rolled his eyes. “Come on, Mom. Who cares about a couple of buildings?”

“We won’t be long,” she said, waving him toward her. “Don’t you want to see what the city looks like from the top?”

He looked up again. Scratched his head. “We don’t have to walk all the way up there, do we, Mom?”

She grabbed his hand, and this time, he didn’t pull away.

Cameron wasn’t overly impressed with the ground floor of the building, where once again tourists flooded every inch of the place, but his attitude changed when he stepped into the massive elevator.

“Whoa,” he said. “This is like Disneyland. The Haunted Mansion, remember?”

The elevator door opened, and everyone started piling out. Cameron and his mother were the last to emerge into the blinding sunlight.

Marilyn waved him over to one of the lookout points. When he reached the edge, he wrapped his hands around the metal bars.

“Sure you can.” She pointed past his head, first at the Statue of Liberty, then at the Empire State Building.

Cameron breathed in the cold air and returned his gaze to the elevator. He thought that was the coolest ride he’d had all week, but looking out over a city, no matter how high he may have been, left him wanting more.

He rubbed his belly. Let out a pained moan that sounded more like a bad singing voice than an aggravated sigh.

She tapped her hands on his shoulders and said, “Oh, you’re fine.”

“Honey, when are you going to enjoy a view like this? Come on. Savor the moment.”

He turned around and stared at his mother with the kind of puppy dog eyes that could get her to buy him a dozen toys without a moment’s thought. She had a feeling he was lying to her, but she could never deny that face. No matter how hard she tried.

“You don’t want to look at the other side?” she asked.

“Not really. Can we go to the hotel now?”

She breathed in deeply, took one last look at the city, and walked with Cameron back to the elevator.

He grinned the whole way to the ground floor, then clapped when they walked out of the building. They headed to the Marriott, which was three blocks away. He enjoyed a nap in his hotel room, and two greasy cheeseburgers for dinner.

Three and a half years later he watched the newscast of the Twin Towers falling, first with his sixth grade class, then with his mother at home.

He hadn’t thought about his New York trip until that day. He hadn’t considered that a building like that could ever collapse, could possibly bring horror to thousands of people.

Cameron still didn’t understand exactly what was going on, but he knew one thing: he wished he had spent a few more minutes up there.

He peered at his mother. Saw a tear spill onto her cheek.

For the first time in years, he held her hand.