The Sandra Bullock Files is a series that looks at the films of Oscar-winning actress Sandra Bullock, all the way from her debut from 1987, to her two major 2018 releases, Ocean’s Eight and Bird Box.

What was Sandra Bullock’s second film? 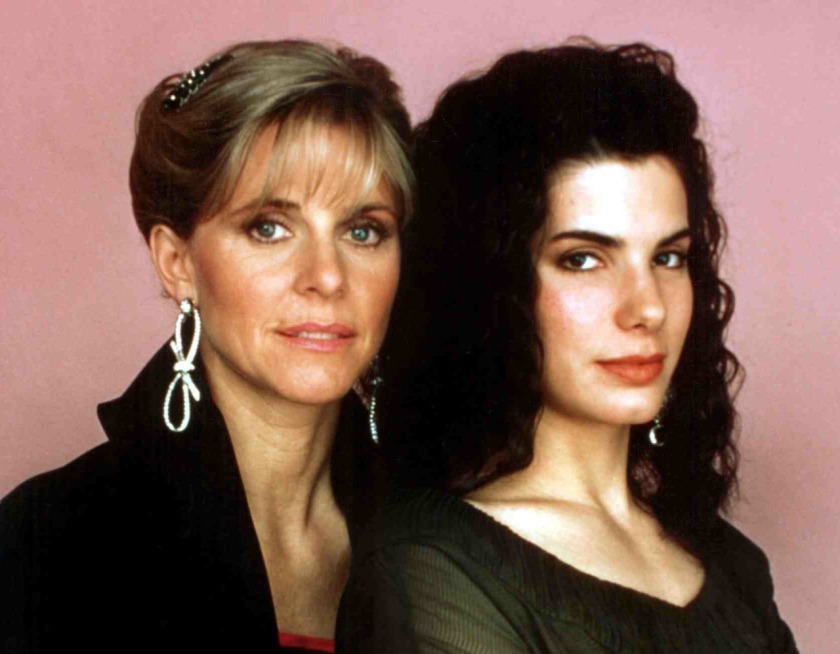 1987’s Hangmen, Sandra’s film debut, didn’t exactly skyrocket the young actress’s career to new heights, but 1989 proved to be one of her most prolific years. Sandra appeared in two feature films — Religion, Inc and Who Shot Patakango? — and two TV movies — The Preppie Murder and Bionic Showdown. She also made a guest appearance on a TV show called Starting From Scratch.

Although none of these films or roles can be looked at today as memorable, these first few gigs helped plant the seeds of a successful career for the actress, who would soon obtain her first substantial gig the following year on a TV sitcom based on one of the most acclaimed films of 1988.

In 1973 The Six Million Dollar Man cemented a series of goofy TV movies starring Lee Majors as a test pilot who dies in a horrific crash but is brought back to life and rebuilt and equipped with nuclear powered bionic limbs and implants. The story is pretty ridiculous, but the film proved successful and ended up spawning nine sequels, as well as two TV series. Directed by Alan J. Levi, The Bionic Showdown was the second to last TV movie installment, with the Bionic Woman and Six Million Dollar Man re-uniting to catch a bionic spy with the help of a younger assistant.

Who does Sandra play?

Sandra plays that younger assistant, named Kate Mason, and she first appears in the movie falling off a wheelchair and getting showered with gifts. It turns out her character is watching this old footage of herself on a TV screen, and she’s awaiting her transformation from a woman confined to a wheelchair to becoming bionic. After a successful operation, she not only can walk but also can run faster than the Looney Tunes Road Runner.

While her screen time was extremely limited in Hangmen, Sandra actually has a lot to do in this movie. Whenever she’s not on screen, the movie is standard and dull, despite some unintentionally hilarious bits where the two leads magically jump over walls. Her scenes, despite some mediocre dialogue, bring life to the proceedings.

This movie is lots more fun than her cringe-worthy debut.

The first half of the movie features Sandra in pedestrian talky scenes that ramble, but the second half shows her having fun taking control of her bionic powers and running at the speed of light. One absurdly entertaining scene has Kate fighting off half a dozen thugs by shoving them all into bushes and trees.

But no doubt her finest moment comes at the climax when Kate wards off the bad guy by jumping a hundred feet in the air, tosses a heavy ball at his groin, and kicks him into a fence that electrocutes him. Excellent work, Sandy.

While this film won’t go down as one of her better efforts, there’s a charm to Sandra’s screen persona that can already be felt here, particularly in her romantic scenes toward the end of the movie. Her trademark smile is seen throughout, as well as blink-and-you’ll-miss classic Sandra moments, like the way she says “OK” to a love interest and the smirk she flashes a competitor in the final showdown. My, how that girl can run.

Best Scene: Leaping into the air and fighting the bad guy.

Best Line: “That’s what life is to you! JOKES!”